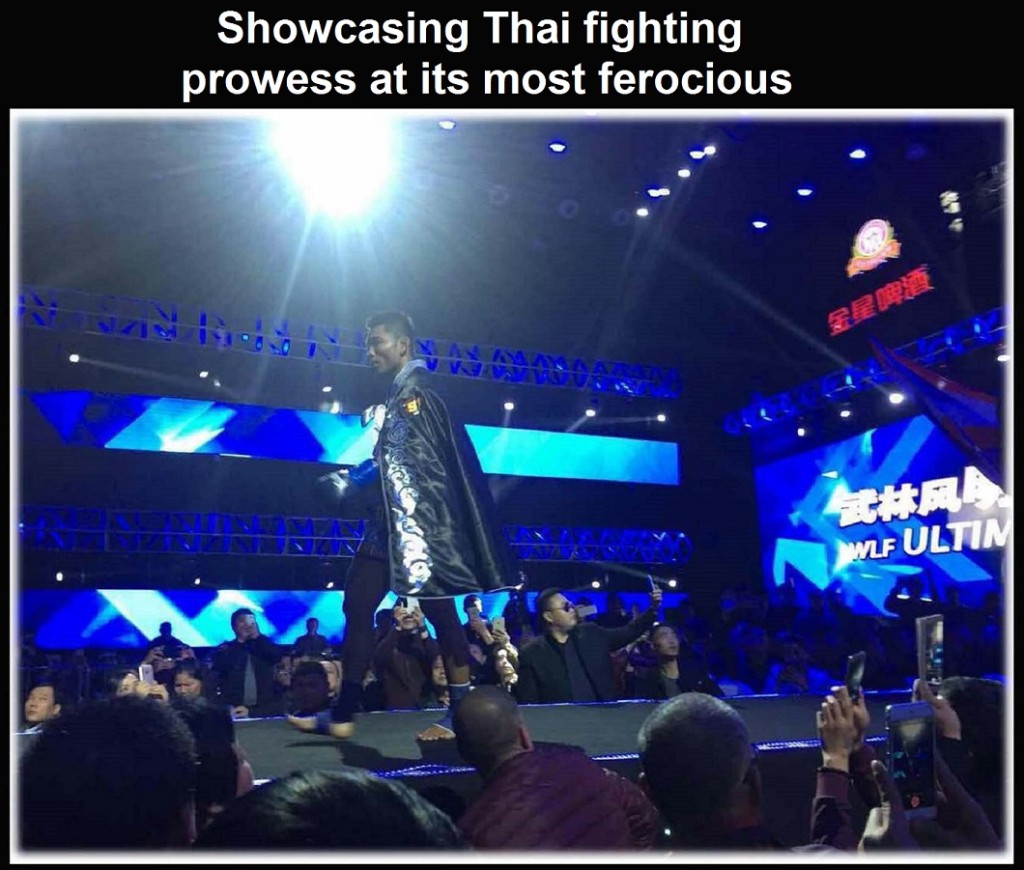 Showcasing Thai fighting prowess at its most ferocious, Thailand’s national prestige scored a win with quadruple victories on Chinese soil in front of a Chinese tv audience.  “Dragon Punch Promotion” was televised live this past March the 5th on Thailand’s True4u Channel 24 in a simulcast with Henan TV from Zhengzhou in China.  A collaboration under the auspices of OneSongchai and S1 Promotion between Mr. Thanakorn Jirapasuksakul and Madame Promoter Pariyakorn Ratanasuban, whose grand parents came from China, produced this “friendship match” on behalf of the Kingdom of Thailand with the People’s Republic of China.

Headlining the show, Thailand’s Thanonchai TanakornGym took on Chinese super star Shou Rong.  With an S1 world title in contention, the Thai went on patrol to control this fight on his own terms.  Leading with left punches, Thanonchai was like an archer on the hunt.  Fearless as always, though, the Chinese contender yielded no ground.  With the brilliance of a diamond heart capable of piercing all resistance, at the end of 5 rounds, Thanonchai was declared the winner on points.

“The Unstoppable” Pakorn PKSaenchaiMuaythai was just that in beating Chinese boxer Jing Ying.  Pakorn has earned himself a reputable name in China.  He’s fought there many times, never lost, never given his fans a fizzle for their sizzle.  This time was no exception, as he rocked to the rhythm of a winning performance. 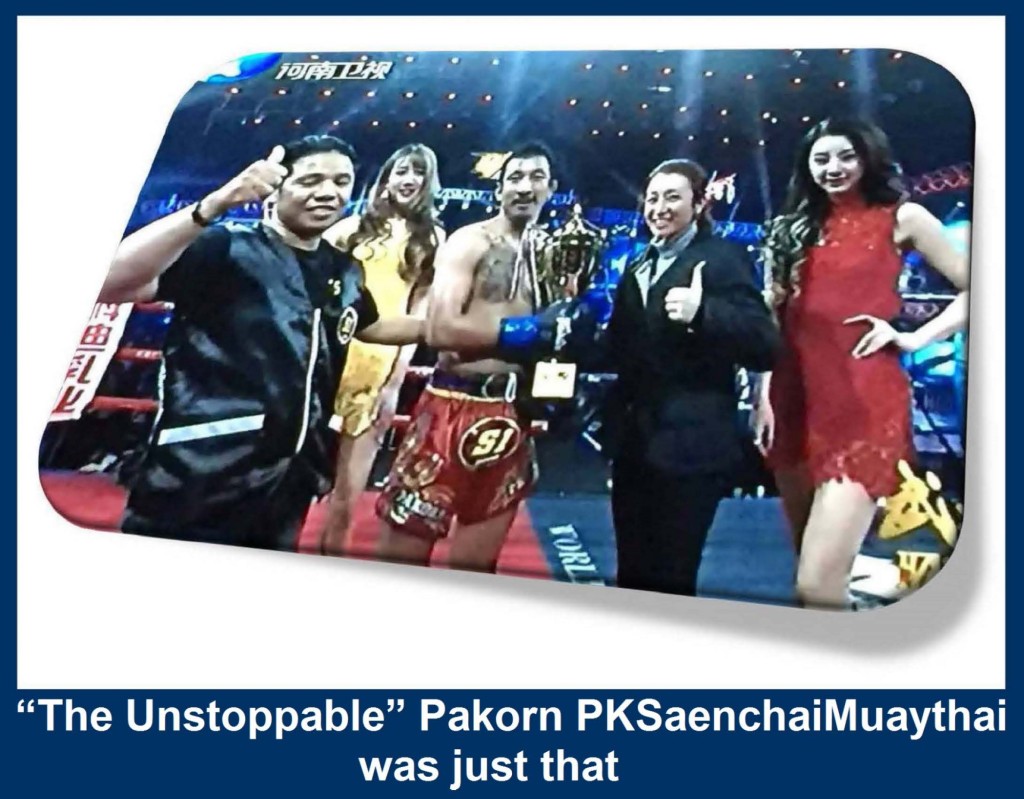 Thailand’s best boxer in 2011 Yodvicha Kemmuaythai showed why in his triumph over Shou Yan.  It wasn’t even close.

Sudsakorn Sor Klinmee might be the most familiar of these faces to Western audiences, owing to his consecutive victories over Andre Kulebin in Minsk, where visitors know going in that only knockouts can beat the locals, which is exactly how he did it.  He showed the same winning form to beat Chinese boxer Li Yankun for a Thai UD over their gracious Chinese hosts, who deserve recognition for uncompromising standards in the pursuit of excellence.  When the Thais bring their best, they’re bringing the best in the world. 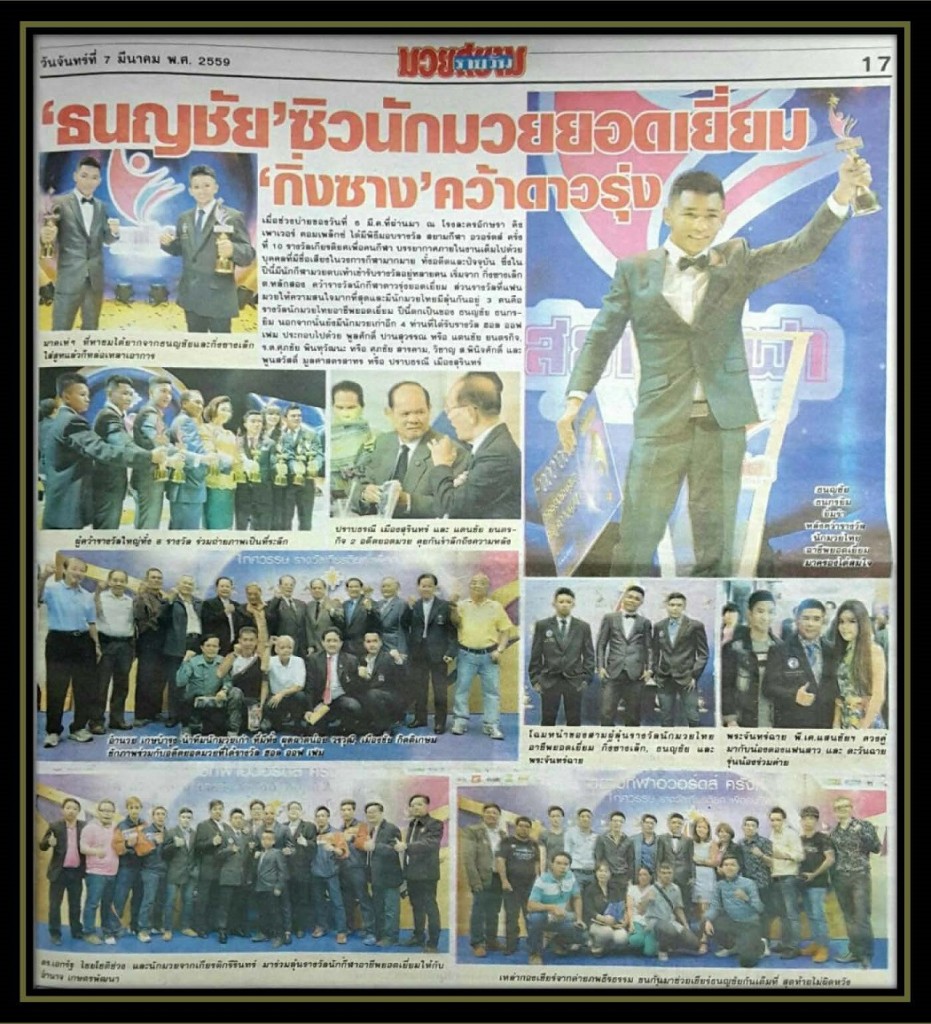