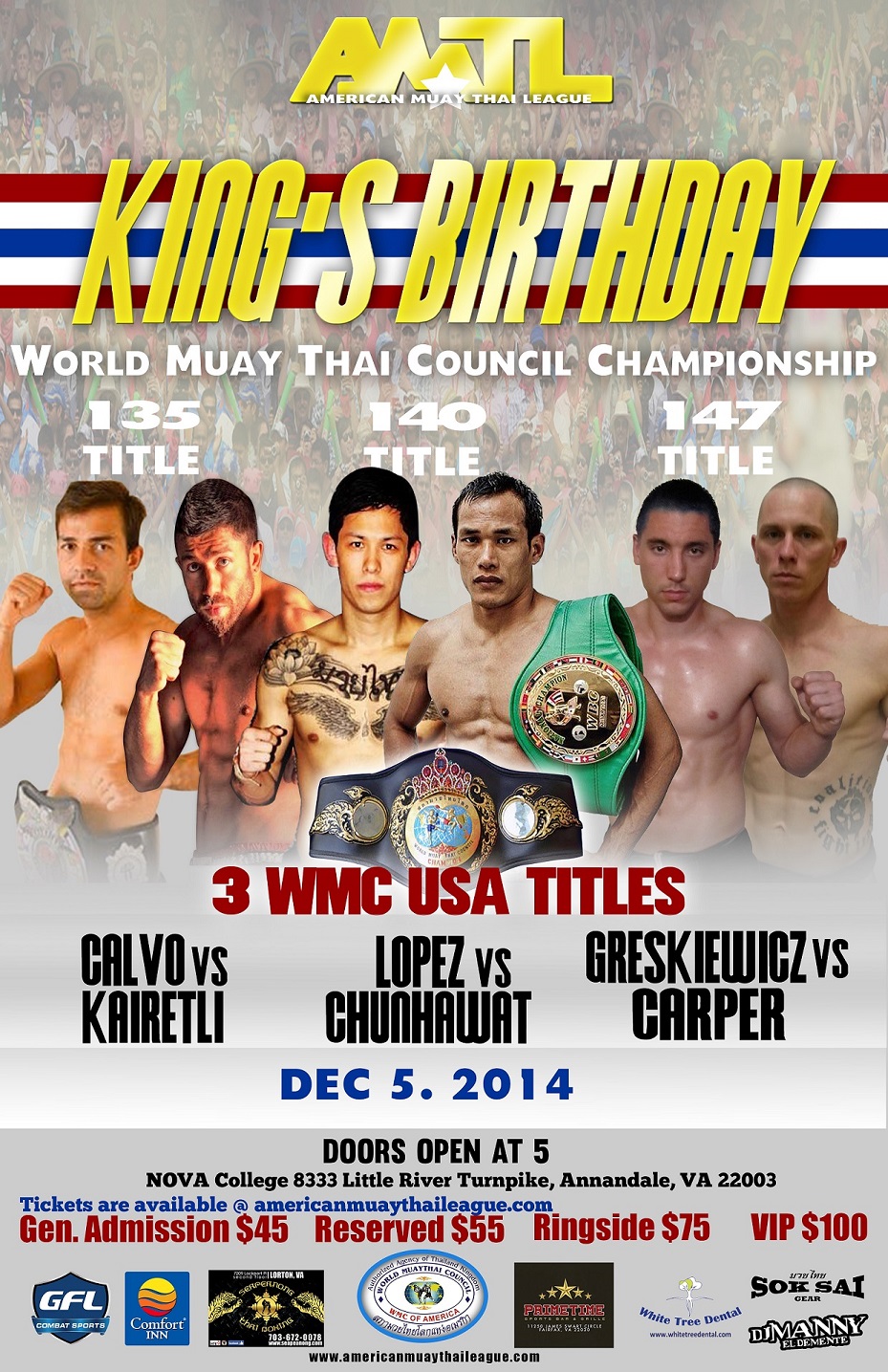 All six fighters have fought on National Television and are the top fighters in their weight brackets, as far as skill and popularity in coming from every region of North America: NY, Canada, California, Phiadelphia/Tri-State area and Washington D.C area. This event is the first ever of its kind and will be a huge draw.

December 5th is one of the most important days in Muay Thai. It marks the birthday of His Royal Majesty the King of Thailand. The World Muay Thai Council has endorsed the American Muay Thai League to host the First ever WMC-USA official King’s Birthday Celebration Event. The Event will have the best fighters in North America competing for the first ever WMC USA titles, along with other known Pro and A-Class Amateur fighters. There will be a full staff of highly qualified Thai judges and referees to assure best possible outcomes.