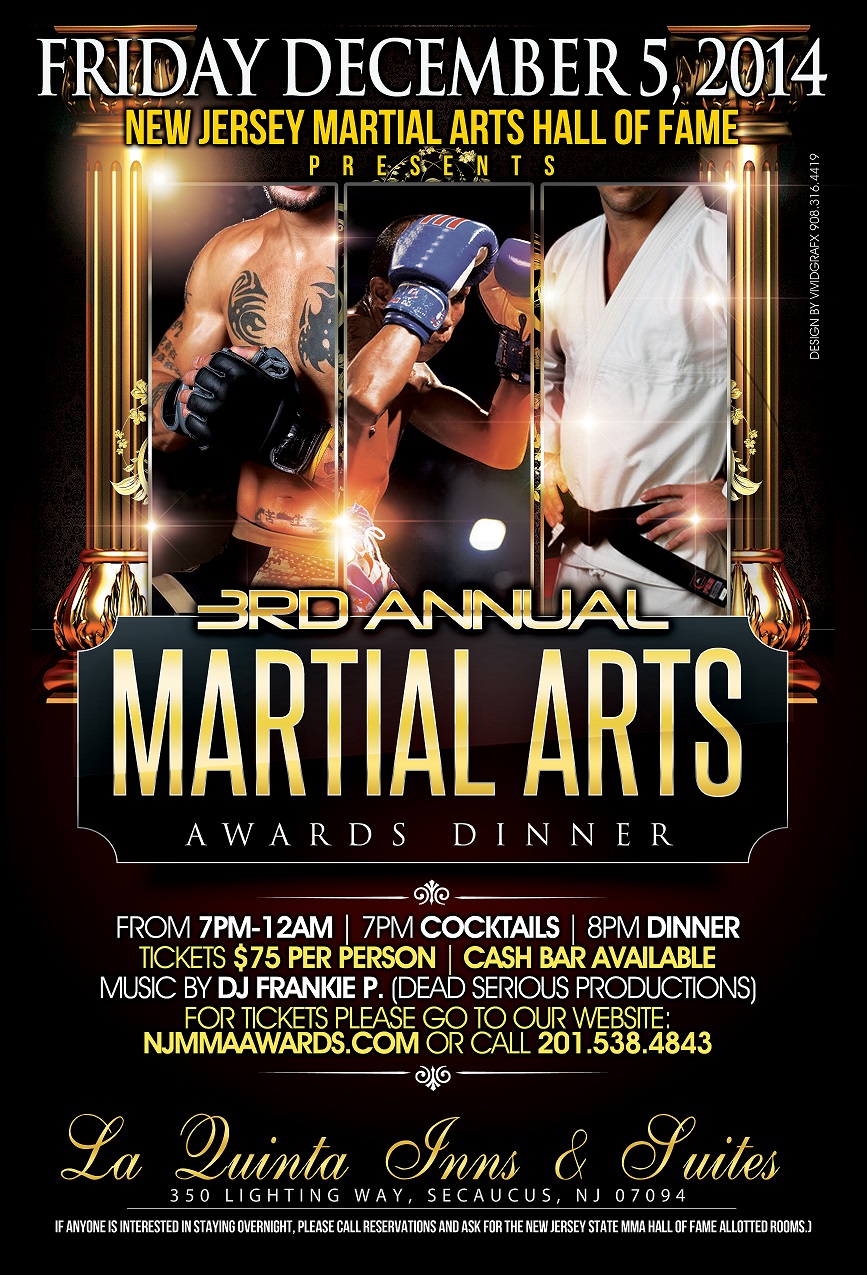 To see all of the inductees’ biographies and pictures, visit their website.

This class will be honored at the Induction dinner gala to be held at La Quinta Inns & Suites Meadowlands Hotel on December 5, 2014.

Tickets to the awards dinner can be purchased by calling 201-538-4843 or online at http://njsmartialartshof.com/.

Discount hotel room rates at La Quinta can be also obtained by calling 201-863-8700 and mentioning the Hall of Fame dinner.

New Jersey has always been on the forefront of combat sports. Some of the biggest bouts in MMA, kickboxing and Muay Thai have taken place at various venues around the state.

New Jersey has had a boxing hall of fame since the 1960′s. The New Jersey Martial Arts Hall of Fame aims to also recognize and honor those involved in combat martial arts, such as MMA and Muay Thai. Because New Jersey is building a rich tradition in non-boxing martial arts, it is fitting to recognize these individuals and organizations.

At an historic moment in the State’s combat sports history, the intent is to have the New Jersey State Martial Arts Hall of Fame continue for many years and to serve as a record for those outstanding individuals involved in martial arts in the State.

Mark your calendars now and purchase your tickets early, so you can be part of New Jersey martial arts history. Call 201-538-4843 or visit http://njsmartialartshof.com/ and get your ticket to join them in a historic night for New Jersey and for martial arts. It is certain to be a terrific night with friends, fun, and music.