How Competitive a Sport Is Kick Boxing in the Ring of Popular Sentiment? 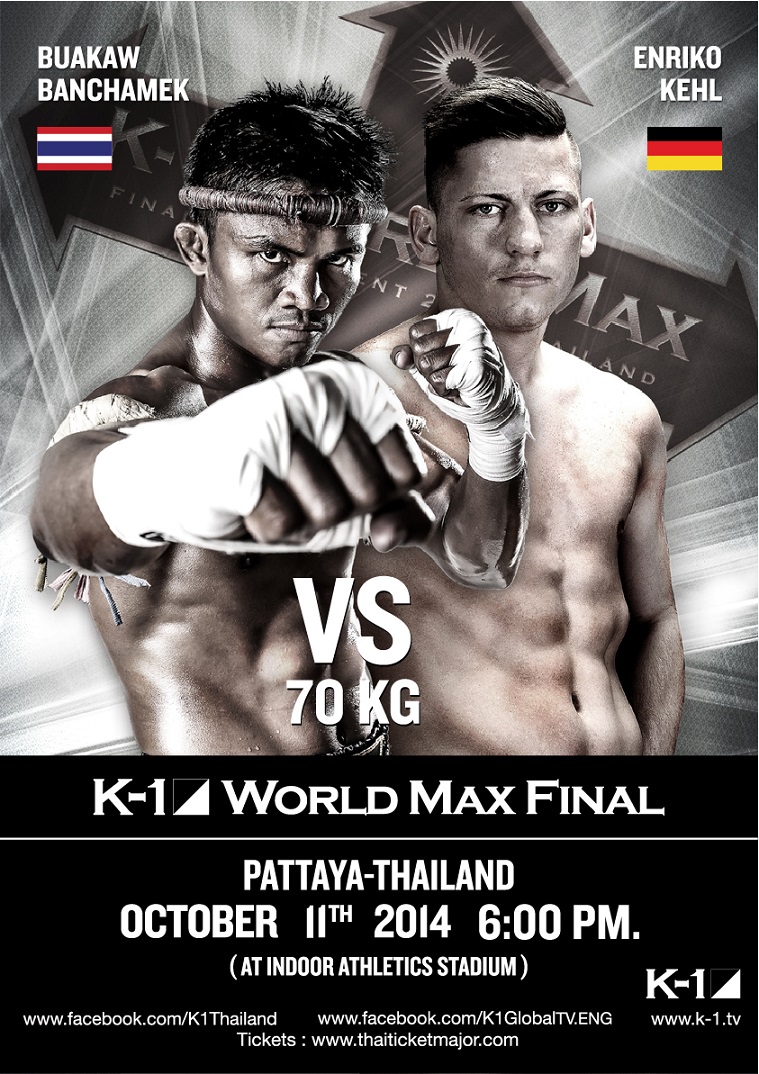 Much as opinion informs us that Glory World Series heralds the global warming of popular sentiment for kick boxing and that it’s destined to wash over us like sea level rise, there is nothing new about tides ebbing and flowing every single day. We’ve been avid surfers, until now, riding watery broncos as they buck out of the ocean. So we mounted K-1’s wave, until it washed away. Then there was a lull. Here comes another tide of anticipation in the surge of Glory World Series. Is this a solitary wave – that’s going retreat back into its watery womb – or does it cascade in the gust of trade winds above a deep ocean current?

How to Judge Performance in the Ring of Popular Sentiment

Just as the dual dimensions of volume and velocity size up fluid flow in a metaphor, so also does popular sentiment express itself in the metrics of consumption. However hard core consumers compute gain from pain, would the UFC sell more pay per views than dart throwing pub patrons in merry old England without the muscular momentum of popular sentiment?

Bear with me in acclaiming Facebook the most popular sport anywhere that it’s not being censored, while also beholding two other Pale Riders on Twitter and YouTube. There is just no begging the question of this consumption’s metrics. While you might not think of these as competitive sports, let me remind you what Niccolò Machiavelli observed about the ends justifying the means. (Chapter XVIII of “The Prince”) Let me also key word ‘entertainment’ into the search engine for such murky motivations as are intestinal to popularity contests. 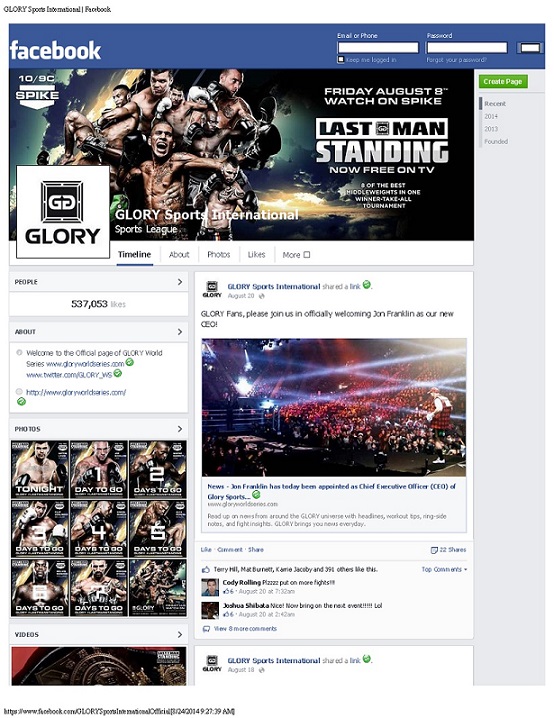 Amongst all of the permutations that motivate us to consume entertainment, sports are a variety of performance art akin to music in packaging and distribution. We can consume (experience) these kinds of ‘entertainment’ live as though in concert, at the ball park or in an arena. The metric for such consumption is ticket sales, a/k/a the box office or the live gate. (“Dana White tells Yahoo! Sports that the paid gate at UFC 175 in Las Vegas was estimated to surpass $5 million.”)

We can also consume (experience) these kinds of entertainment derivatively through whatever medium gains us access to their performance. The metrics for such remote consumption derive mostly from screen views, though radio remains a viable and monetize-able medium on the same order as tv ratings.

It is actually through monetizing derivative consumption – in all of its ingenious varieties – that we get most of our sports consumption metrics. They range from straight forward screen views (tv ratings) – that fold into the even more derivative advertising revenues – to pay-per-views (ppv’s) to subscription models like cable tv bundles and downloadable apps. Pretty much any communication medium can be adapted to distribute the common denominator of monetize-able messages. If you put all of this in an analytical blender, what comes out is a metric for popular sentiment. This brings us back to the dual dimensions of volume and velocity – or rather momentum – in terms of popular sentiment’s trend.

Keeping our focus on the entertainment quotient in competitive sports, the metrics of consumption regress to a mean around performance artists. True enough, some of us are indiscriminate in our play lists. You’re just not going to make a convincing case, though, that Jay-Z doesn’t sell more albums than an anonymous voice coming out of an unfamiliar face. It is an irrefutable fact that the UFC sold nearly 3x more ppv’s for Weidman vs. Silva II than business as usual. 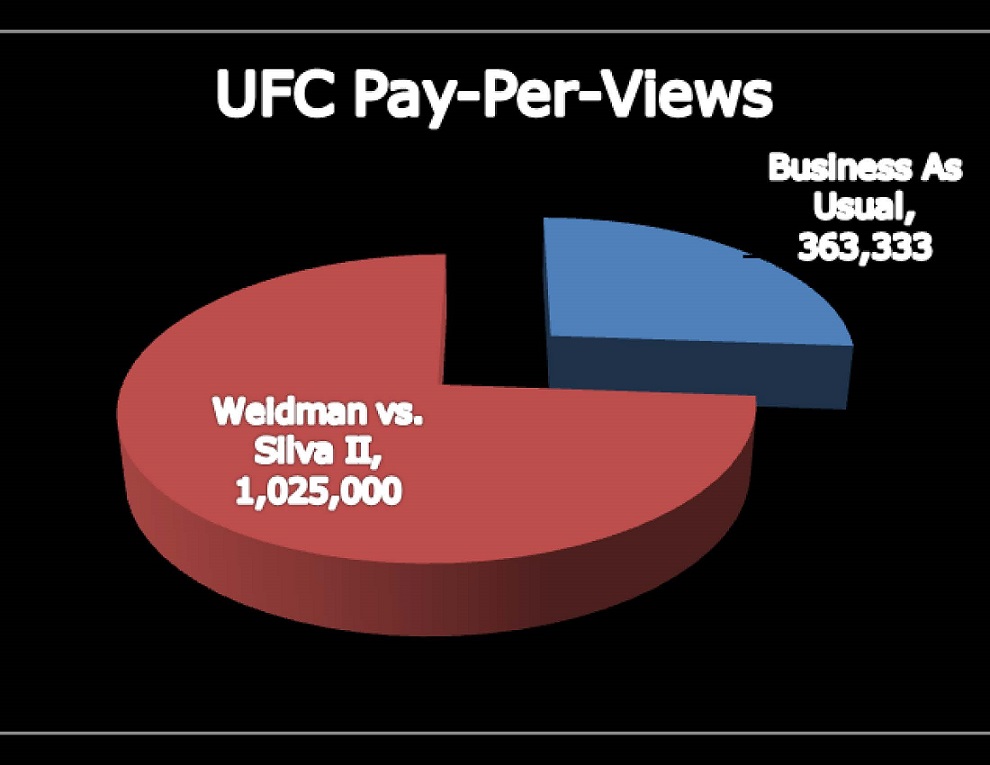 Now let’s dial this down to our own humble cottage industry of a sport, where ticket sales are a metric that happens to be derivative from pay-to-play. It doesn’t get more humble than ticket quotas for neighborhood gyms, whose favorite sons and daughters zealously work the box office for the quid pro quo of fighting for local bragging rights. Neither does it get more deer-in-the-headlights exactly what motivates these most avid of fans to express their popular sentiment in a monetized (ticket) consumption metric. 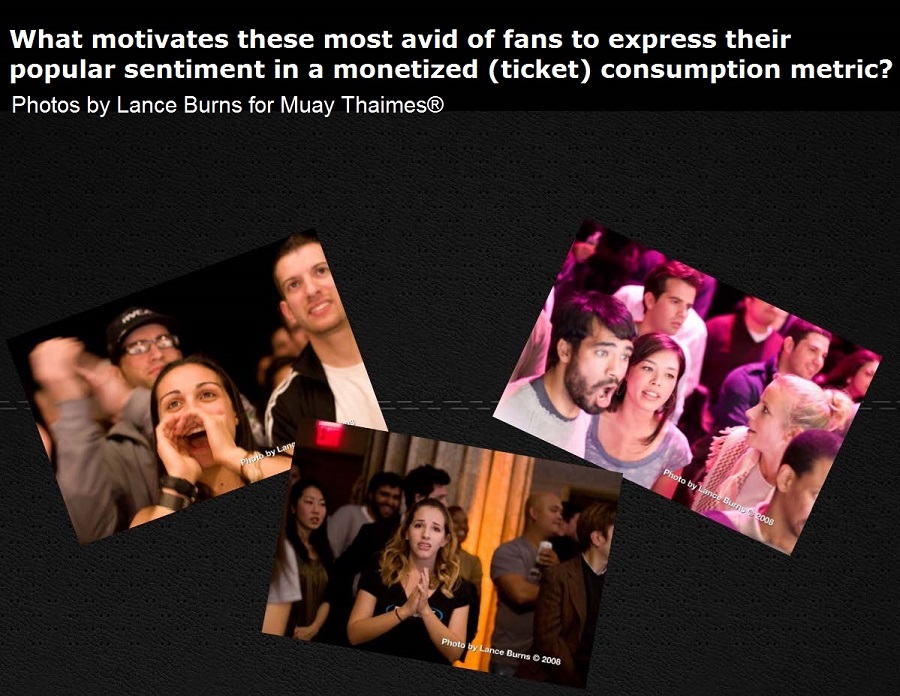 So, public sentiment’s nature – in the species of competitive sports – is no less monogamous (at least transiently) than British tennis fans romance with Andy Murray during the Summer Olympics at Wimbledon. Successful match makers make it their business, therefore, to pivot off the functional equivalent of individual performers going viral with a fan population.

Don’t take my word for it. Take a poll, rather, of public sentiment in Cleveland on the occasion of Lebron James coming back home to the Cavs. Even though basketball is a team sport – unlike our solitaire edition of whack a mole – star power gets the most headlines in competitive sports exactly because it’s the same as a best selling brand. So much so that we enshrine our favorites in halls of fame, while the most epic of teams are lucky to get a cameo in a nostalgia documentary on ESPN.

Boxing scores highest on the popularity index for our generic product mix. This is due in no small measure to its legacy of public sentiment across generations. It is also because boxing has been able to mint star power with staying power, like Floyd Mayweather, Jr. Who among those of us old enough to remember doesn’t sometimes amble down memory lane – à la fans of the other mainstream (team) sports – nostalgic for the primes of Muhammad Ali, “Smoking” Joe Frazier and George Foreman? We had the epic athletes, and we had the drama of competition between them.

Let’s Go to the Scorecards

Think of everything up until here as the rules meeting. We’ve done our due diligence on the essential criteria that apply to judging a competitive sports enterprise in the ring of popular sentiment. Now let’s go to the score cards for kick boxing. You be the judge. Give it two grades. One for performance – specifically on Glory Sports International’s watch – and the other for potential growth in popularity on the basis of whatever metrics can support a reasonable inference. (See “Kickboxing and the Curious Case of Eternal Fatalism” by Dave Walsh on LiverKick.com, posted on August 21, 2004)

Name one pair of kickboxers, whose match-up would be so epic that it’d set off a ticket scalping frenzy within commuting distance of the live gate, while also selling upwards of a million ppv’s. If you can’t, then either Glory World Series is doing something wrong or it just might be tilling barren soil. Suspending our judgment on the premise of a purse fertilizer’s work-in-progress kind of assumes that the working capital problem will solve itself. This is “such stuff as dreams are made on”. What’s not part of the solution – you know the drill – there is always some illusion built into a disappearing act.

Illusion casts its shadow across a whole buffet of novelties, gimmicks and deceptive appearances. Judge the appearance in Glory World Series of Grand Prix elimination tournaments by this criterion: does it promote any performers – whose charisma we know is the molecular compound for contagious in popular sentiment – or does it aim rather to curate performance art, as though galleries or museums can ever be a successful business model in competitive sports?

In judging whether the appearance of Grand Prix elimination tournaments in Glory World Series is operationally (self) deceptive, we can also get there through deductive logic:

Instead of fools-rush-in-where-angels-fear-to-tread, there is an intuitive corollary to our deductive reasoning that’s hiding in the plain sight of boxing’s successful business model. Credible rankings in boxing incubate what’s organically infectious in the spread of contagion through a fan population. (See “The Tipping Point” by Malcom Gladwell) On a scale of if-it-ain’t-broke-don’t-fix-it, thus, Rule #1 for a kickboxing enterprise should make it a strategic imperative to align with the stars – like Floyd Mayweather, Jr. and Emmanuel “Manny” Dapidran Pacquiao – instead of showcasing reruns of “The Sorcerer’s Apprentice” conjuring chaos, with Mickey Mouse in the title role.

In Glory Sports International’s campaign to brand itself ‘Master of the (Kick Boxing) Universe’, rankings are so cryptic that they ply public sentiment with all the drama of cryogenics. So Schilling upsets Levin in Chicago but Levin remains ranked #1, because corporate enterprise branding obsessives are doing some kind of tenure thing that makes no sense. Then Barrett beats Schilling in New York, but he’s still chasing Joe in the rankings, who himself drops even further behind Levin in the tenure statusphere. This wannabe ‘Master of the (Kick Boxing) Universe’ is so obsessive about branding itself that there’s no chapter in the Policies & Procedures Manual about boarding long haul passengers before closing the train doors. Never mind collecting fares to pay for the tickets. 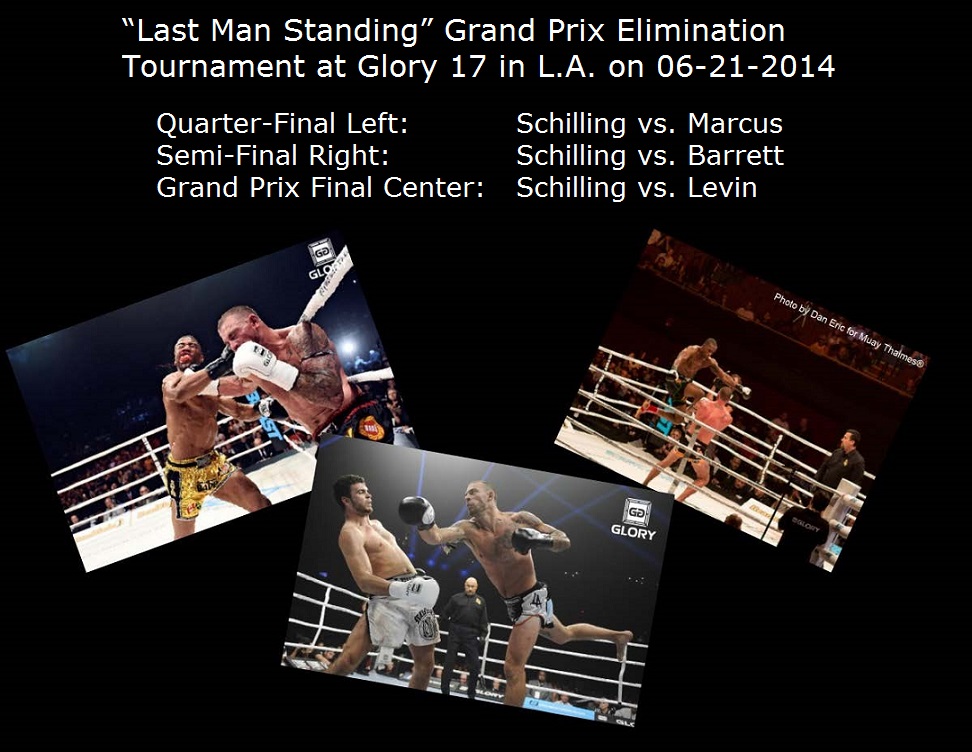 If corporate enterprise management just aims to jump start a product line of contenders with branding potential, a case could be made for rolling out rankings via the modality of Grand Prix elimination tournaments. Once public sentiment begins to show a pulse, though, it’s essential to transition into brand management where, incidentally, a competitive sports enterprise is also supposed to begin making money.

Whenever a business model deploys “hail Mary” tactics: that’s a gambling mindset. It might work for casinos to put wheels of fortune at their entrances – on the order of freak shows in carnivals – but this is no way to cement the foundations for long term sustainable growth with the essential star power that’d mobilize a fan population around it. Rarely will you see in a self-sustaining business model such a yawning chasm between short term jackpot tactics and long term growth strategy.

Lest we despair, “The Bonfire of the Vanities” has in actual fact managed to tease out enough of viewing audience for Spike TV to renew the series. (See “GLORY Sports International Appoints Jon J. Franklin As Global Chief Executive” from kswo.com on August 19, 2014) 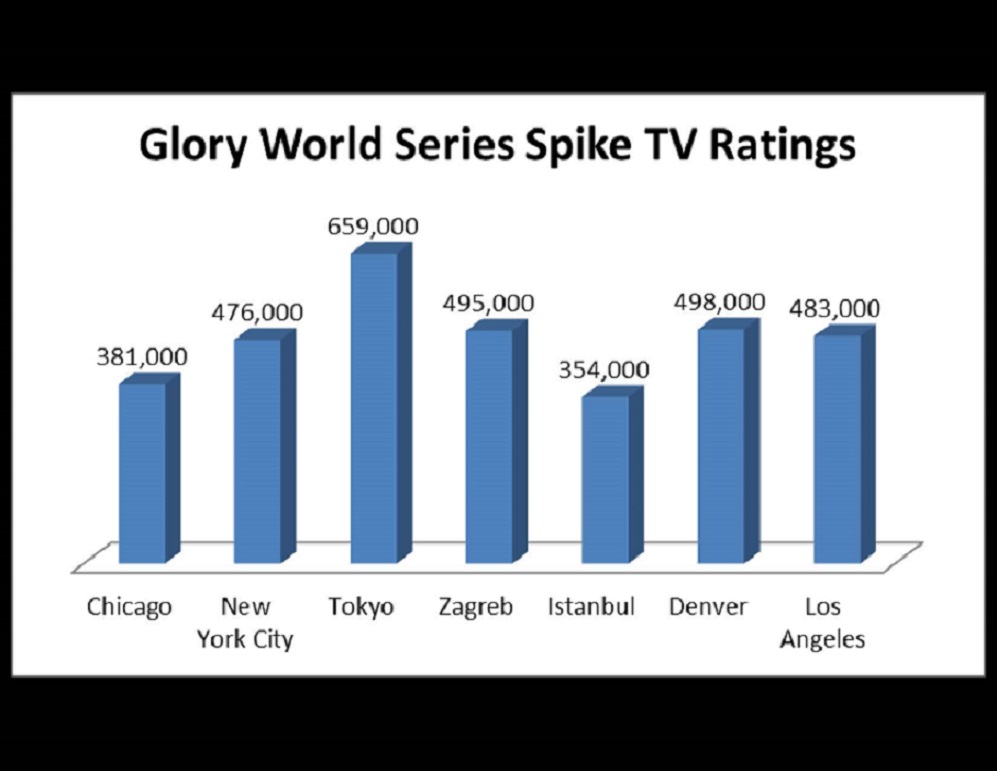 We can tentatively infer from respectable – if not spectacular tv ratings – that popular sentiment for the sport of kickboxing is a tunnel’s vision away from tilling barren soil. Cable tv viewership averages 459,000 for Glory World Series’ U.S. shows. From Chicago’s (Glory 11) ground zero rollout, tv ratings seems to have peaked at 498,000 in Denver (Glory 16). They then slid 3% into a 483,000 groove in the L.A. ring at Glory 17. If you put any faith in prophecy, this one seems to apply: “Be not deceived; God is not mocked: for whatsoever a man soweth, that shall he also reap.” (Galatians 6:7)

Dan Eric’s Photo Gallery is also a CLICK AWAY. 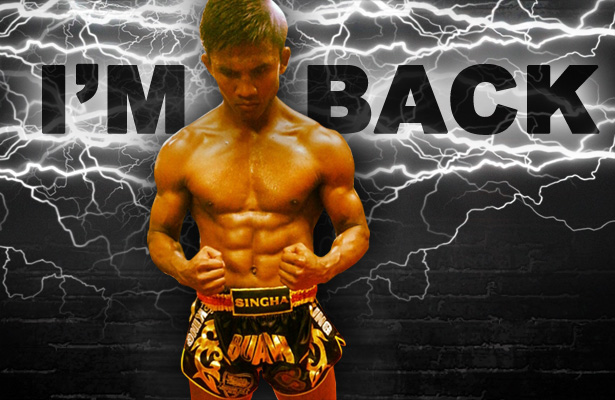