Muay Thai to Debut at the World Games

The International World Games Association (IWGA) has presented the sport program for the 10th World Games in Wroclaw (Poland) in 2017. “Floorball (Men), Lacrosse (Women), and Muay Thai will make their debut in the official competition program” announced Joachim Gossow, CEO of the IWGA. 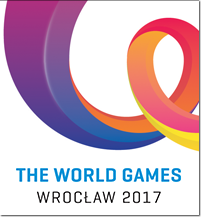 A total of 27 sports will be showcased at the multi-sport event from 3 August to 13 August 2017 in Wroclaw with its more than 640,000 inhabitants, capital of the Lower Silesian Voivodeship. During the ten competition days, about 170 medal events will be on the program. The official program was developed in close cooperation with the IWGA Member Federations and the Wroclaw Local Organizing Committee.

The IWGA expects that nearly 3,500 participants from about 100 countries will compete for the medals at The World Games 2017.

Founded in 1980, the International World Games Association (IWGA) is a non-governmental and non-profit-making international organization constituted under Swiss law. Made up of International Sports Federations, it administers a quadrennial and multidisciplinary sports event, The World Games, which aspires to equal and exceed the importance of world championships organized by each federation individually.

The principal aim of the IWGA is to develop the popularity of the sports governed by its Member Federations, to improve their prominence through excellent sporting achievements, and to conserve all the traditional values of sport through The World Games.

Since its founding meeting in Seoul, Korea, IWGA membership increased from 12 to currently 37 International Sports Federations (IFs). For IFs to become a Member of the IWGA, their membership with SportAccord (formerly General Association of International Sports Federations – GAISF) is prerequisite. The IWGA is a member of SportAccord and represented on its Council. Another requirement is that the sports, or disciplines of sports, proposed by the federations for inclusion in The World Games are not currently on the program of the Games of the Olympiad.

In the year following The World Games, the IWGA General Meeting elects a seven-member Executive Committee to a term of four years. This board coordinates and supervises all matters related to The World Games on behalf of the Member IFs. The board’s tasks include making recommendations for the selection of suitable host cities and serving as the permanent liaison between the IWGA and the games’ organizers.