LION FIGHT 16 TO START AT SPECIAL TIME – LIVE AT 6:00 P.M. PT
FRIDAY ON THE FOURTH OF JULY
Main Card Starts after UFC 175 Weigh-In, Finishes prior to Fireworks Displays

LIVE FROM THE PEARL AT PALMS CASINO RESORT 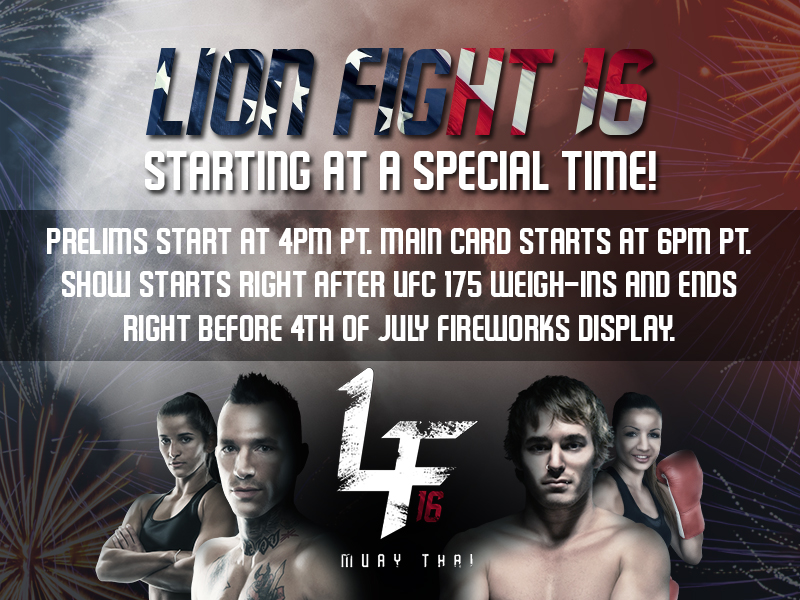 For fight fans and Las Vegas locals getting ready for the UFC International Fight Week extravaganza July 1-6, LION FIGHT announced that its Friday, Fourth of July event, LION FIGHT 16, is carefully time-slotted so that fans can hit the UFC 175 weigh-ins inside the Mandalay Bay Events Center from 3:00 – 5:00 p.m., then head over to The Pearl at Palms Casino Resort for the start of the main card at 6:00 p.m. PT. The full rules Muay Thai fights will conclude before sunset, in advance of the Fourth of July Fireworks displays.

Following are times for LION FIGHT 16 – Friday, July the 4th: 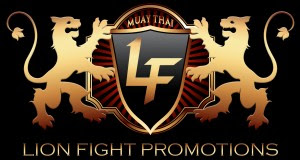