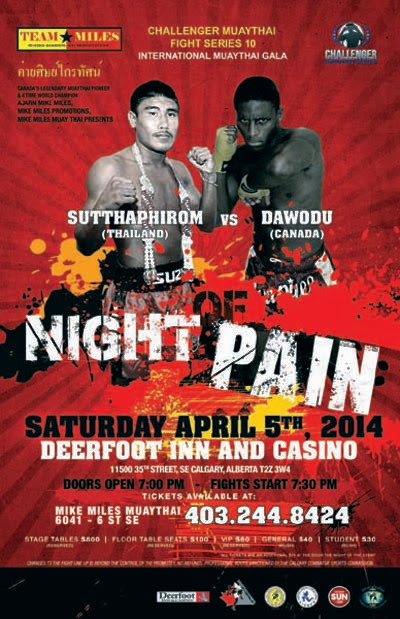 Professional Muay Thai contender Mark MacKinnon steps into the ring at this event for the toughest fight of his career. Across the ring will be standing the USA’s Jason Caldwell.

Caldwell recently defeated Charles Bissett, who in turn defeated MacKinnon. But fights are all about styles, and many are holding their collective breaths on the outcome of this battle.

MacKinnon has a different fighting style than Bissett. Many believe this could be the key to success against Caldwell. April 5th will be the Day of Reckoning.

MacKinnon won his last bout, knocking out Elmer Waterhen. Below he defeats Waterhen by KO in January of 2014. 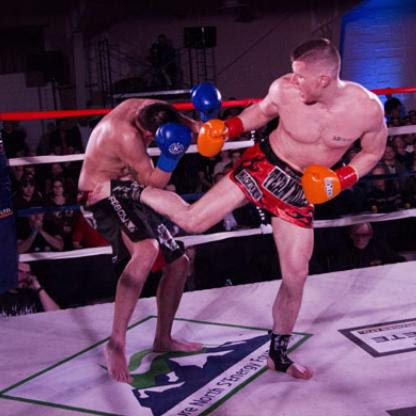 Undefeated Scott MacKenzie heads into this event looking forward to a continued busy year fighting. At stake in this event is the vacant CMTC-A Super Middleweight Muay Thai Championship. Across the ring will be Drew Vandervelden.

MacKenzie is expecting a very tough fight. Scott is training hard and determined to win the title belt. He then heads to Malaysia, representing Canada at the 2014 IFMA World Championships.

MacKenzie has won all his contests by KO. Below he defeats a Japanese opponent by KO in January of 2014. 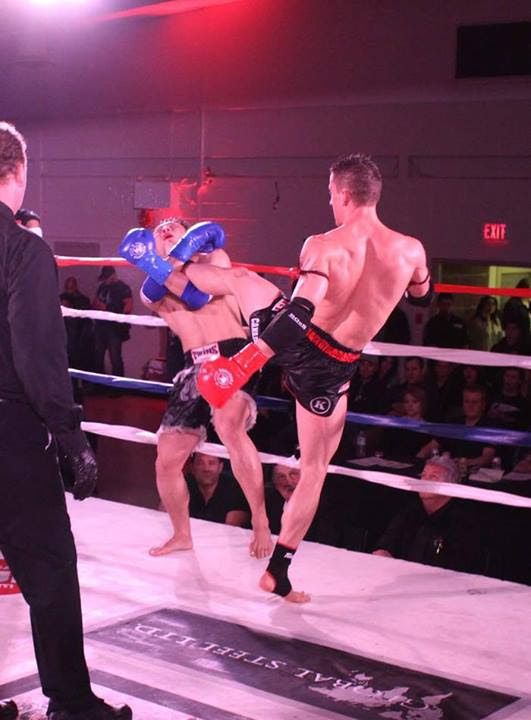