This event, which was attended by a venerable who’s who of the martial arts world, including fighters and industry people, showed why New Jersey is considered a world leader in combat sports.

All twenty of the inductees were well deserving of their Hall of Fame honors. Members of the audience listened raptly as the inductees stood at the podium and shared stories of their lives in martial arts. There were many funny moments, as well as several poignant ones, during these acceptance speeches. A particularly touching moment came about as top New Jersey State official Nick Lembo accepted the posthumous award for his dear friend, Olympic Gold Medalist wrestler Jeff Blatnick, who passed away in 2012. 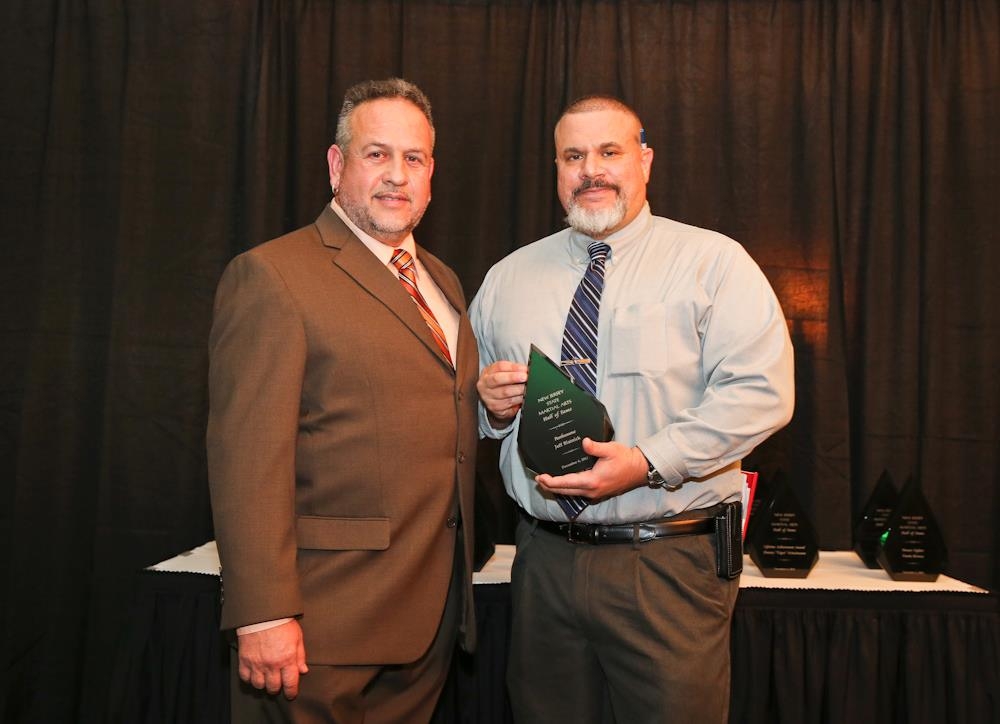 After the presentations, the audience, which numbered in the hundreds, enjoyed a fine dinner, drinks and dancing. The event was held at the La Quinta Inn in Secaucus, and was sponsored by Frankie Perez and the Perez family, who own and operate Dead Serious MMA and Dead Serious Fight Gear. The Perez family spared no expense in making the evening an unforgettable one for all those who attended.

After the event, Frankie Perez said: “On behalf of the Perez family, we would like to thank everyone who came out and supported the Hall of Fame this weekend. Thank you and congrats to all the inductees!”

Although only in its second year, the annual New Jersey State Martial Arts Hall of Fame dinner is already becoming one of the hottest tickets in town. And, according to Frankie Perez, next year’s event will be “bigger and better” than this year’s. Given the deep pool of talent and expertise in the New Jersey combat sports world, that comes as no surprise.

The event was filmed by GoFightLive and will be available for viewing on their website, free to the public. For photographs of the event as well as a complete list of inductees and their bios, please visit the New Jersey State Martial Arts Hall of Fame website at http://njsmartialartshof.com/.