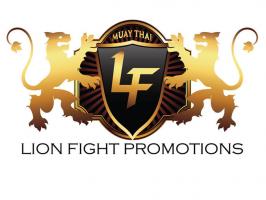 LAS VEGAS – Lion Fight Promotions today revealed Muay Thai’s first all-star event of the New Year with the announcement of its complete line-up of fights for “LION FIGHT 8.” This is the fight card making history for Lion Fight and the one stamping it as a national Muay Thai promotion as “LION FIGHT 8” premieres LIVE on AXS TV. The event will be held inside the world famous “The Joint” in the Hard Rock Hotel & Casino in Las Vegas on Friday, January 25th and will go live on AXS TV starting at 10:00 p.m. ET.

“Christine Toledo has packed this Lion Fight card and it is going to give fight fans in this country and the 38 million viewers of AXS TV an introduction to Muay Thai – the most exciting stand up fighting style in the world,” said Scott Kent, Owner, Lion Fight Promotions. “Lion Fight has achieved another first for Muay Thai in America by bringing in some of the best international fighters along with the best fighters in the United States, such as Kevin Ross and Tiffany Van Soest. I appreciate Mark Cuban and Andrew Simon for making Lion Fight a part of their sports programming and look forward to a very successful night on Friday, January 25th!”

Tickets for Lion Fight’s full rules Muay Thai event LION FIGHT 8 will go on sale Friday, December 14 beginning at 12:00 p.m. PT. Tickets will be available for purchase through the Hard Rock Hotel & Casino box office, at all Ticketmaster outlets (800-745-3000) and online at Ticketmaster.com.