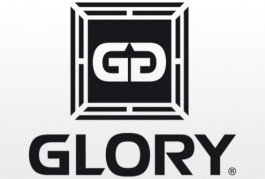 The event will feature GLORY’s top fighters battling in a new and exciting format and promises the Japanese fans something they have been missing for a long time – a truly world-class kickboxing event featuring the sport’s most decorated superstars.

Additional details concerning ‘GLORY Grand Slam – Heavyweight’ – including the date and venue plus invited fighters and match-ups – will be announced soon.

The event is being staged with the assistance of local partners G-Entertainment, a brand new agency focused on fighting sports, formed by some of the most experienced people in Japan’s fight event production industry.

“This is a very exciting time for us. Bringing GLORY to the home of the martial arts, and taking our top fighters who are idolised by the Japanese fans, is a crucial moment for us,” commented Marcus Luer, Managing Director of GSI.

“We are delighted by the partnership with G-Entertainment. They have a team of top professionals behind them and we have no doubt that, together, we will produce a world-class spectacle.”

About GLORY:
The GLORY World Series (www.gloryworldseries.com) is the world’s premier stand-up fighting league, staging events across the globe and offering up to $1,000,000 in prize money to successful fighters in 16-man grand prix tournaments which are open to only the very best fighters in each weight class.

With television deals spanning every continent plus a groundbreaking online video streaming system, GLORY is one of the world’s most widely-broadcast sporting organizations already.

Owned and operated by Glory Sports International (GSI), the organization has offices in Holland, the UK, Thailand, Malaysia and Singapore. Its personnel include prominent hedge-fund investors, the pioneering sports marketing agency Total Sport Asia and several executives from the Golden Glory and It’s Showtime team.

About G-Entertainment:
G Entertainment Inc is a newly formed sports event producer specialized in hosting and operating Fighting events. Although, it is a newly formed company, all the key management and staff are industry veterans involved in various fighting sports and tournaments in the past in Japan.

This entry was posted in Events and tagged G Entertainment, glory grand slam, main featured, Most Featured. Bookmark the permalink.