1st Prize at the nationwide Amazing Thailand Festival Wai Kru Competition goes to SitSiam Camp’s Kru Joel Yarwood in a tie breaker. The win earns him a coveted invitation to compete next year in Thailand to represent England at this most prestigious of tournaments, along with:

THE NAI KHANOM TOM TROPHY
plus a round trip to Thailand
plus 10 free training sessions at Petchyindee Kingdom Boxing Camp, voted Thailand’s Best Muay Thai Camp
plus 10 VIP ringside tickets for a Petchyindee Boxing Promotion at Rajadamnern and The New Lumpini Stadium
plus ₤100 voucher for a meal at the magnificent Thai Square Restaurant 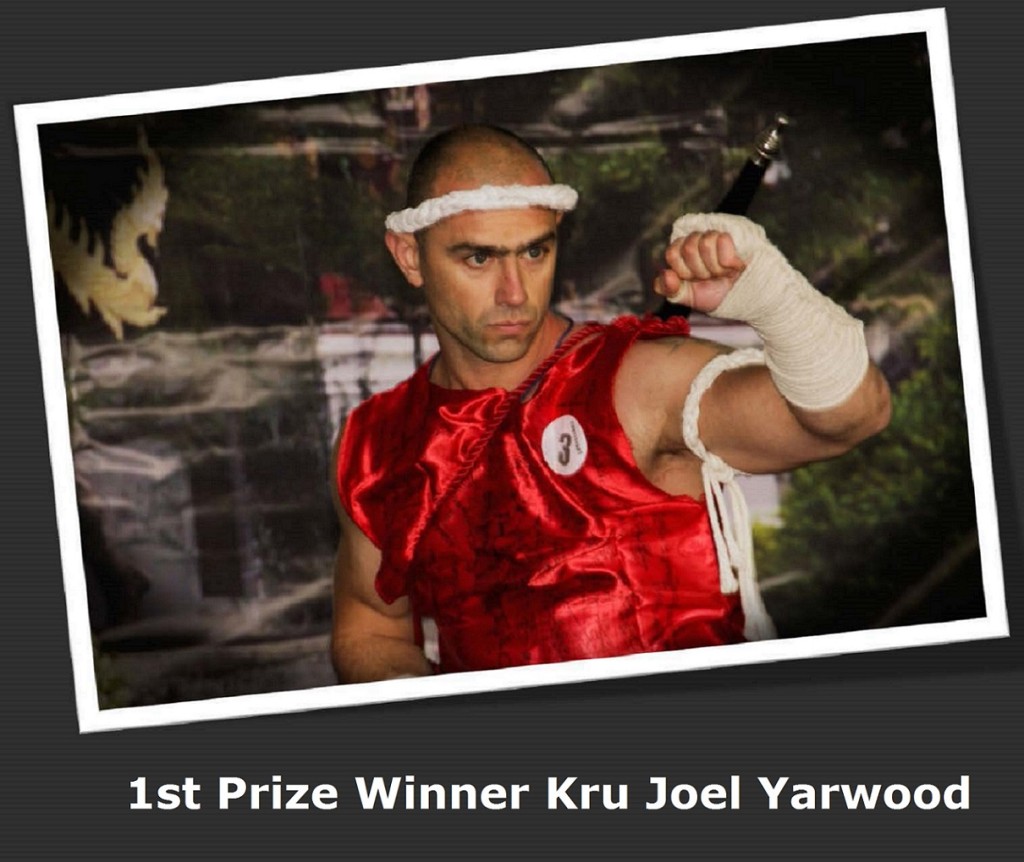