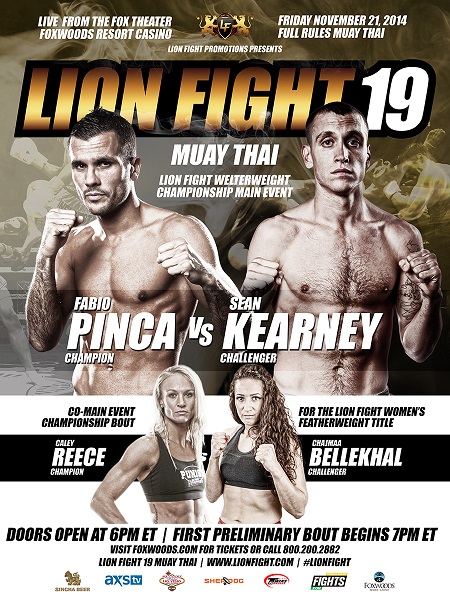 The next Lion Fight XIX will be on Friday, November the 21st at Foxwoods Resort and Casino in Connecticut.  Former world champ Jeri Sitzes hits the comeback trail against Holland’s Chajmaa Bellakhal, replacing injured Caley Reece.  Our own Ognjen Topic looks to follow in Ramon Dekkers footsteps in epic match-up with Rungravee Sasiprapa.  History could be made in this one.  Doors open at 6 pm.  Preliminary bouts begin at 7 pm.