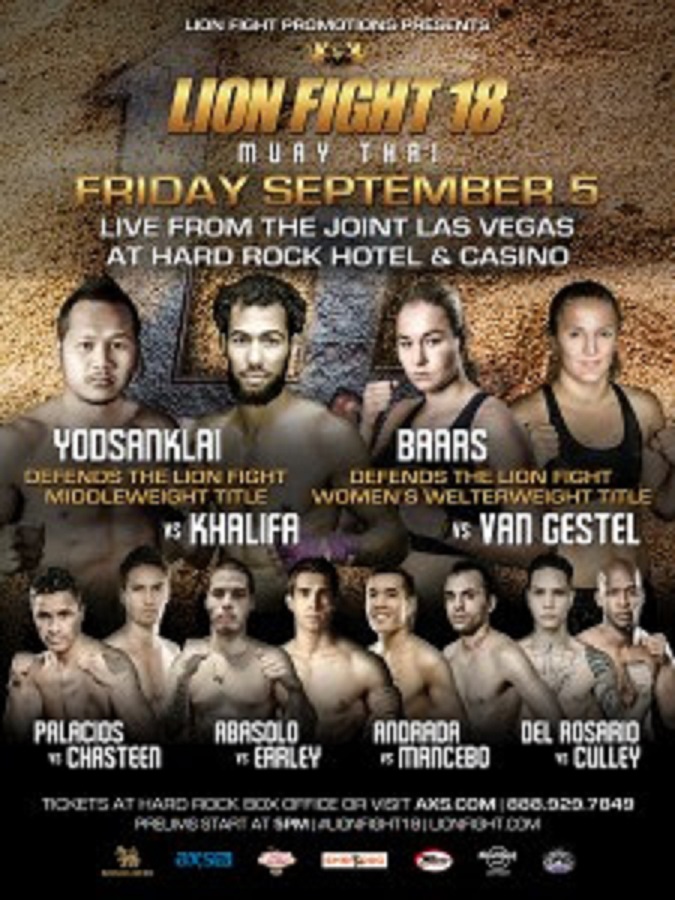 Two of the biggest stars in the sport – both reigning Lion Fight champions in Yodsænklai Fairtex and Jorina Baars – will headline at Lion Fight 18 – live from The Joint at the Hard Rock Hotel & Casino in Las Vegas on Friday, September the 5th. The doors open at 4:00 p.m. PT; the first bout starts at 5:00 p.m.

“Lion Fight is bringing two of the best Muay Thai fighters, Yodsænklai Fairtex and Jorina Baars, back to the U.S. for LION FIGHT 18 at the Hard Rock in Las Vegas,” said Lion Fight CEO Scott Kent. “In the world of Muay Thai, no name is bigger than Yodsænklai Fairtex and to have him fight on the same night as Jorina Baars, who just defeated the ‘baddest woman on the planet, Cris ‘Cyborg,’ makes LION FIGHT 18 a mega-fight for fans everywhere.”

“I am looking forward to returning to Las Vegas for my first title defense at LION FIGHT 18,” said Fairtex. “I give my thanks to my fans for their support and to Scott Kent and Christine Toledo for giving me another chance to show millions of Americans what my country’s sport is all about.” 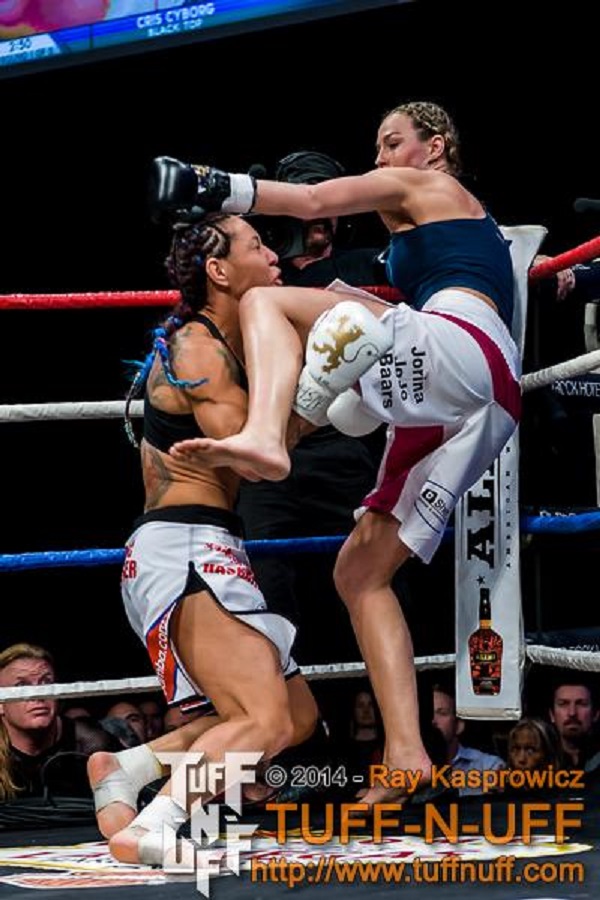 Lion Fight’s women’s welterweight champion Jorina Baars is on tap for LION FIGHT 18’s co-main event title fight. She last fought at LION FIGHT 14 against one of the biggest stars in combat sports, Cris “Cyborg” Justino, and shocked and impressed fight fans with a dominant performance and unanimous victory over the Brazilian Muay Thai and MMA standout.

“This is my sport,” said Baars upon defeating Cyborg and claiming the first ever Lion Fight Welterweight Title in the women’s division. “Whoever Lion Fight puts in front of me on September 5th, I will do the same. I’ve been fighting my whole life. No one is going to take this title from me.”