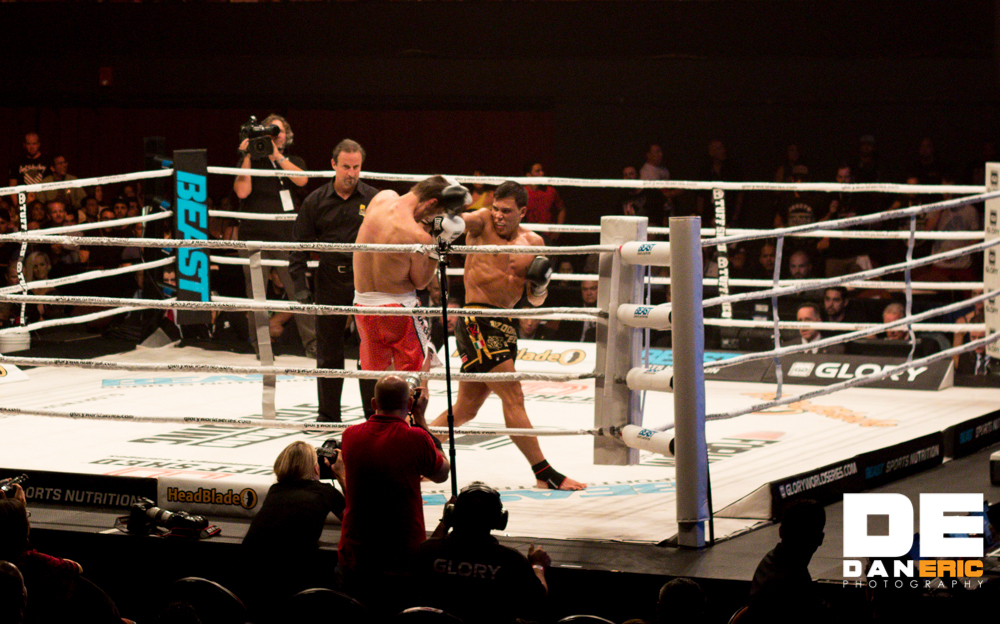 Let me see a show of hands. How many of you are hard core into stand-up and hail Glory Sports International’s (GSI) campaign to deliver us to the Promised Land? Well guess what? You just flunked Capitalism 101. 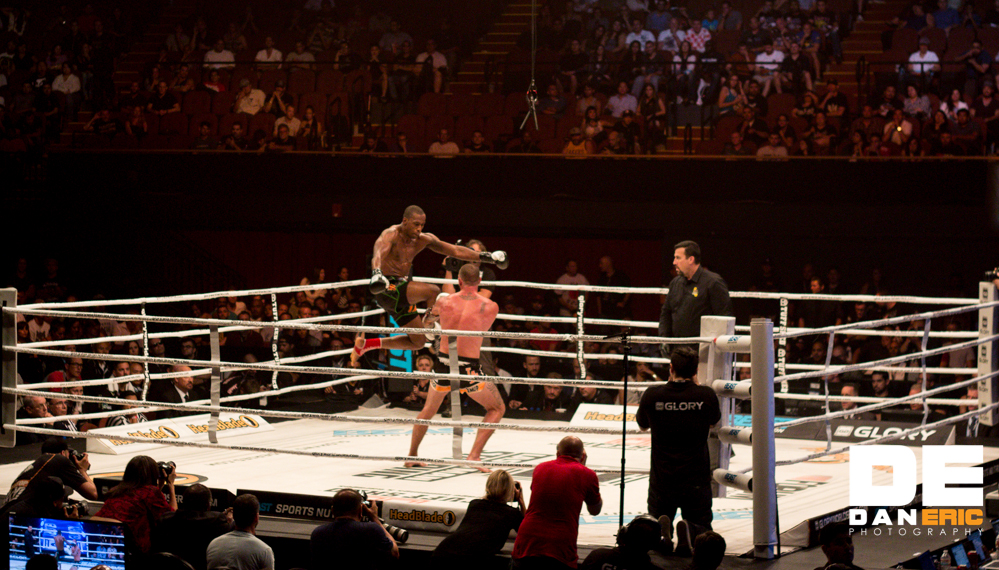 Exactly what kind of corporate mission do you suppose these operators in the sports entertainment business aim to accomplish? No matter what agenda they’ve been selling (understandably) for public consumption, here’s the bold print on their investment prospectus. They’re pledged to “serve the content IP rights holders, private equity and venture capital space”. (Board of Director Bios)

Truth or consequences, Glory Sports International brings us the working capital this sport so desperately needs but has missed since K-1 went flat line. So we’re all down with the pursuit of happiness that their money can buy us. Lest we forget, though, there is no such thing as a free lunch. So we’ve also got to read the fine print in GSI’s pitch, which is supposed to make its patrons rich(er).

Where none before have been able to conjure the Midas touch in stand-up, GSI’s Managing Director Marcus Luer tells BJ Penn “The problem has always been lack of funding…The money behind it hasn’t been there because there hasn’t been enough television, funding, and advertising in place to make those events happen and to pay that money out.” Judge for yourself what kind of omen it is for a sports content and branding solutions guru to omit live gates from his bucket list in a business that until now has lived or died at the box office. 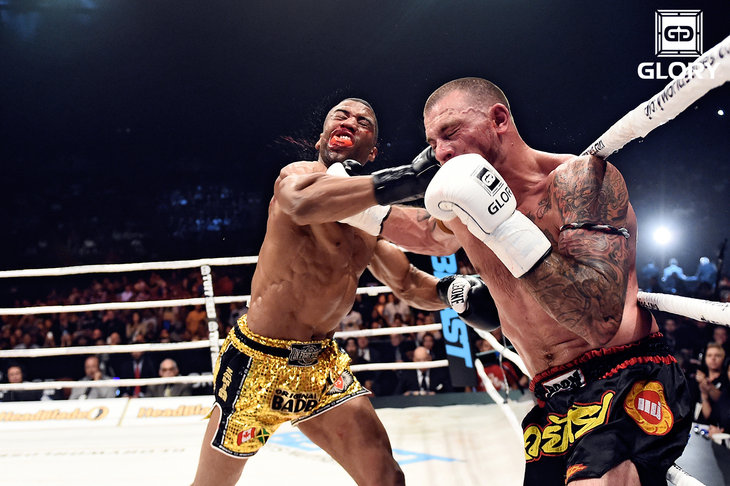 Reports of twofers reaching us from L.A. (Glory 17) – on top of what we know to have been gratuitous freebie ticket offers in NYC (Glory 12) possibly from a panic attack – disguise wonder in this thunder of so much public chest thumping. By way of comparison, Dana White tells Yahoo! Sports that the paid gate at UFC 175 in Las Vegas just a couple of weeks ago was estimated to surpass $5 million. What whiz kid worth his MBA skips the part about paying customers?

Ask not for whom the bell tolls in any sports entertainment business. It tolls for popularity pure and simple. While Spike TV might be the best available broadcast platform for Glory Sports International to get there, the metric of viewership factors into how much advertisers will pay and how the subscription cable network will split the proceeds with a content provider. Since this is the aim of a Total Sports Asia’s ad salesman’s game, let’s go to the score cards.

Viewership averages 459,000 for GSI’s U.S. shows. This pegs it around ⅔ of Bellator’s 712,222 benchmark but perennially troubled brand on the identical broadcast platform during the same time span. From Chicago’s (Glory 11) ground zero rollout, tv ratings seems to have peaked at 498,000 in Denver (Glory 16). They then fell back into a 483,000 groove with the collateral damage of leaving only a Russian man standing in the L.A. ring at Glory 17, plus two Canadians.

So GSI’s audience metrics are calendar comparable to the UFC’s 457,857 average, only those are pay-per-views (ppv’s). In the campaign to monetize whatever popularity its $millions have bought, Glory’s “Last Man Standing” Grand Prix middleweight elimination tournament sold an estimated 6,000 ppv’s. “According to Dave Meltzer from this week’s edition of the Wrestling Observer Newsletter…the PPV ‘bombed’.” (“GLORY Last Man Standing PPV Sales Disappoint” by Dave Walsh on LiverKick.com) Having already given up the gate, weak impulse control now seems also to be giving up the ghost.

Any commercial strategy that amounts to strip mining the top off of our sport’s popularity potential – until it hits a plateau below the surface – is destined to produce a lot of rubbish. How stoked are you for a Joe “Stitch ‘Em Up” Schilling rubber match with Artyom Levin or Wayne Barrett? The truth or consequences of this killer strategy is nothing more than koombaya with sugar coating. Execution means getting the job done, which appears to be a stretch for someone inhaling his own fumes.

What does Dana White know that informs his own success in the sports entertainment business? He knows what the numbers mean and how they tell him what the fans want. Toss out a single outlier in UFC 168 and his ppv average goes from 457,857 to 363,333. That’s because Weidman vs. Silva II got 1,025,000 ppv’s on December 28, 2013. This is a business that prospers from the goose that lays golden eggs. Who in his right mind would put Floyd Mayweather in a Grand Prix elimination tournament?

Short of folding up its tent, Glory Sports International has to parachute into venues where it can fill a house with paying customers. If that means some local pay-to-play, so be it. Don’t stage a show that can’t pay the rent. How hard is this?

I can recall Ky Hollenback forfeiting a WMC world title shot at 160 lbs. because he couldn’t shed the weight. Climbing through the ropes at Glory 17, he looked to me like a shadow of himself at 153 lbs. Whoever is piloting Starship Glory has to learn impulse control. It would probably be a good idea, also, to take a refresher course in risk/reward tradeoffs. 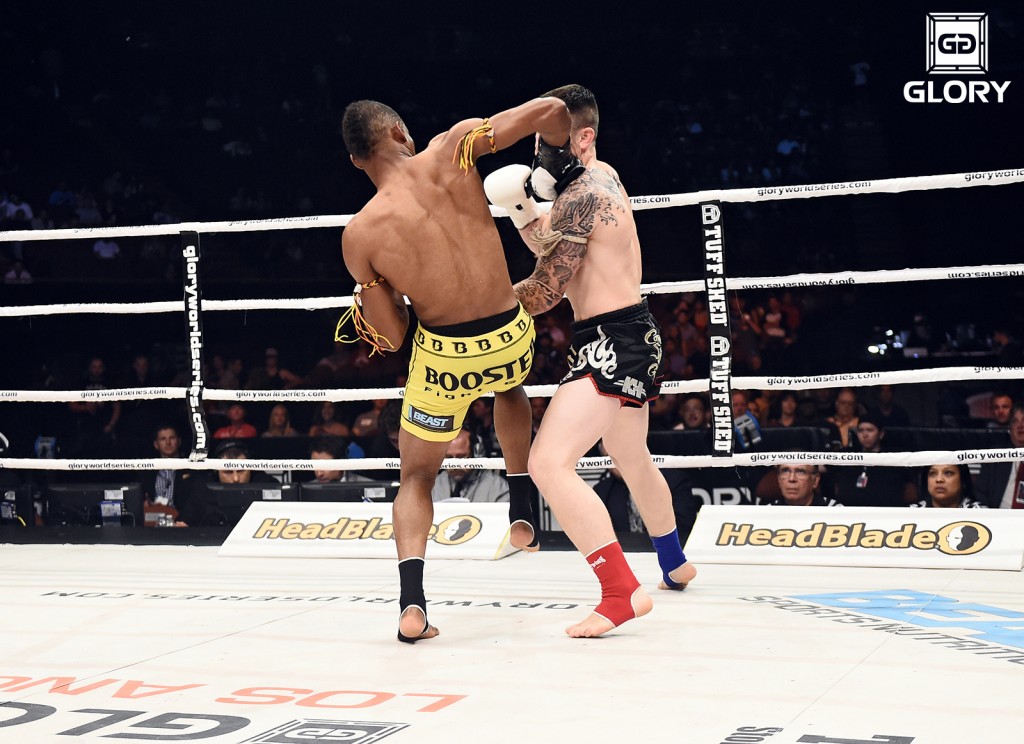 A pretty convincing case could be made for mission control to stop inhaling its own fumes and to learn from its mistakes. This means toning down the gimmicks and novelties, like Grand Prix elimination tournaments. Where GSI has already bought a hot rivalry – say Joe “Stich ‘Em Up” Schilling vs. Simon Marcus or Wayne Barrett or Artyom Levin – it makes a whole lot more sense to prolong the shelf life instead gambling everything on 6,000 ppv’s. This is just plain bad merchandising.

Locking the barn door after the (middleweight) cow has already gone to pasture probably isn’t going to fill any milk pails. Fresh prospects will come along, though, from career developers without whom GSI would be shooting blanks. It’s going to take more patience than GSI has so far shown for athletes to win over enough fans to begin moving tv ratings back up the growth curve. This is what they’ve got to watch like it’s a deal breaker, because it is. 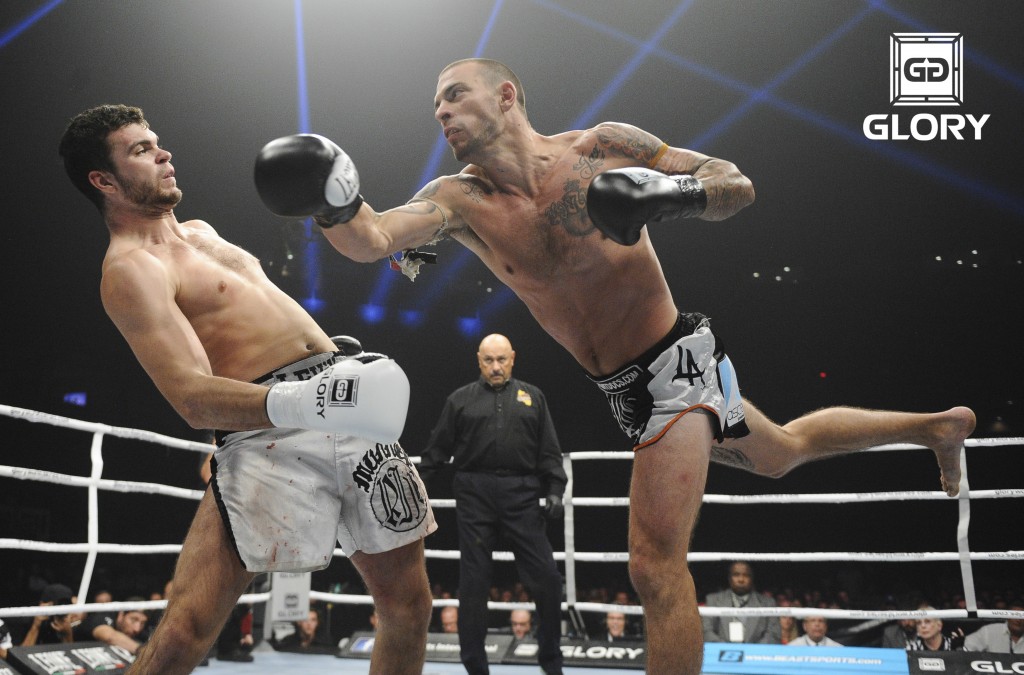 They’ve also got to refrain from any temptation to cheat the scale with cheese in the milk pail. Don’t play fans for suckers, because guaranteed we’re going to take their measure. (See “Epitaph for Sanity in a Sport’s Fairy Tale”?) If fans think the game is rigged, it’s going to be sayonara señorita might as well pivot to WWE.

No matter how many horses you can put under a hood, they can’t pull the buggy if the ignition switch doesn’t work. (“Why did GM take so long to respond to deadly defect? Corporate culture may hold answer.” by Michael A. Fletcher and Steven Mufson in The Washington Post on March 30, 2014) Authenticity is job #1 for “sports content and branding solutions” that’s got any realistic prospect of paying dividends for whom the bell tolls.

There is an art to match making. It’s obviously going be done better by a pro than an ad salesman. Hire the right guy for a job this important. Get rid of anyone who thinks that throwing money at a problem is sufficient to solve it. The whole idea is to reverse the direction of cash flow down out the door. No business succeeds by pissing away all of its working capital.

Throwing in the towel now would be snatching defeat from the jaws of victory. A good corner man would tell this wounded warrior to stop swinging wildly and grind it out. Even though sunk costs aren’t recoverable, stock should be bought on the basis of future earnings prospects. That’s why GSI’s patrons went into this and – for an exorbitant tuition in the school of hard knocks – they’ve proved that it is entirely possible.

Glory Sports International has only itself to blame for getting backed into the corner. It is incumbent on these world beaters now to show the heart to fight their way out and pile up some points with time still on the clock. Otherwise they really deserve to fail. Getting it right is the only possible way they can earn a return on their investment. Our photographer, Dan Eric, can be contacted at [email protected].