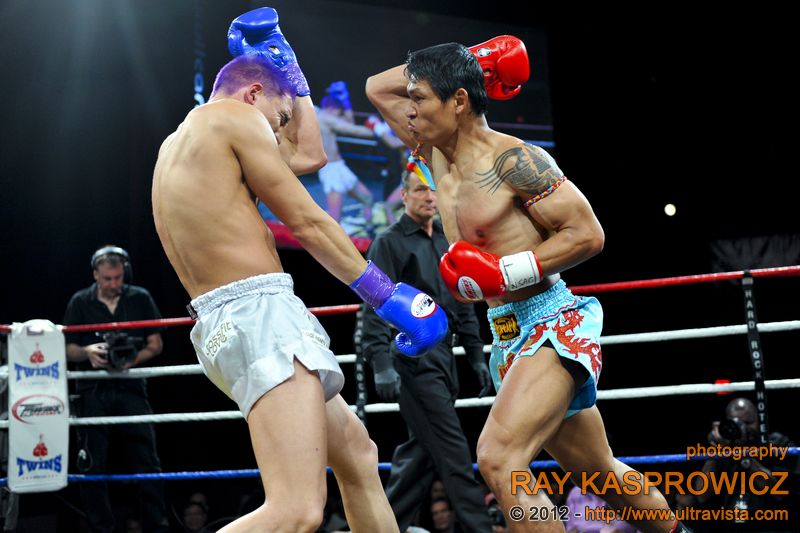 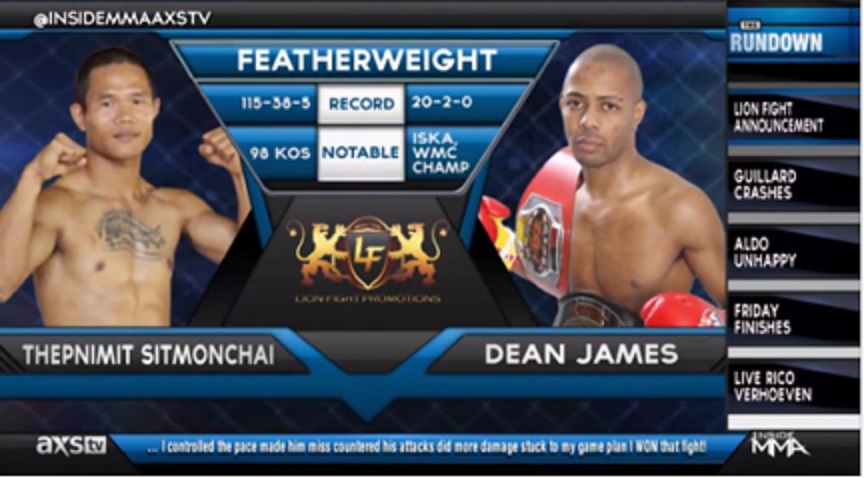 “Lion Fight fans have been asking us to bring Thepnimit ‘Mr. Knock Out’ Sitmonchai, a star in Thailand who trains in one of the most respected gyms in the country, to fight here in the U.S.,” said Scott Kent, Lion Fight CEO. “He’s an aggressive and powerful fighter who has more than earned his nickname in this sport, but World Muay Thai Champion Dean James didn’t hesitate to step up and accept this fight. Sitmonchai vs. James is one of the most exciting main events we’ve put together. I can’t wait to go back to the east coast for Lion Fight 17 August 1st at Foxwoods Resort Casino.”

Known internationally for his flashy, skillful fight style, Sitmonchai (115-38-5) earned the nickname “Mr. Knock Out” after racking up a stunning 98-KO record. For a sample, CLICK HERE. He is ranked seventh in the 119 lbs. weight division at the world famous Lumpinee Stadium. Hugely popular on the fighting circuit, American Muay Thai fans have been asking for Lion Fight to bring the devastating knockout artist to U.S. soil. 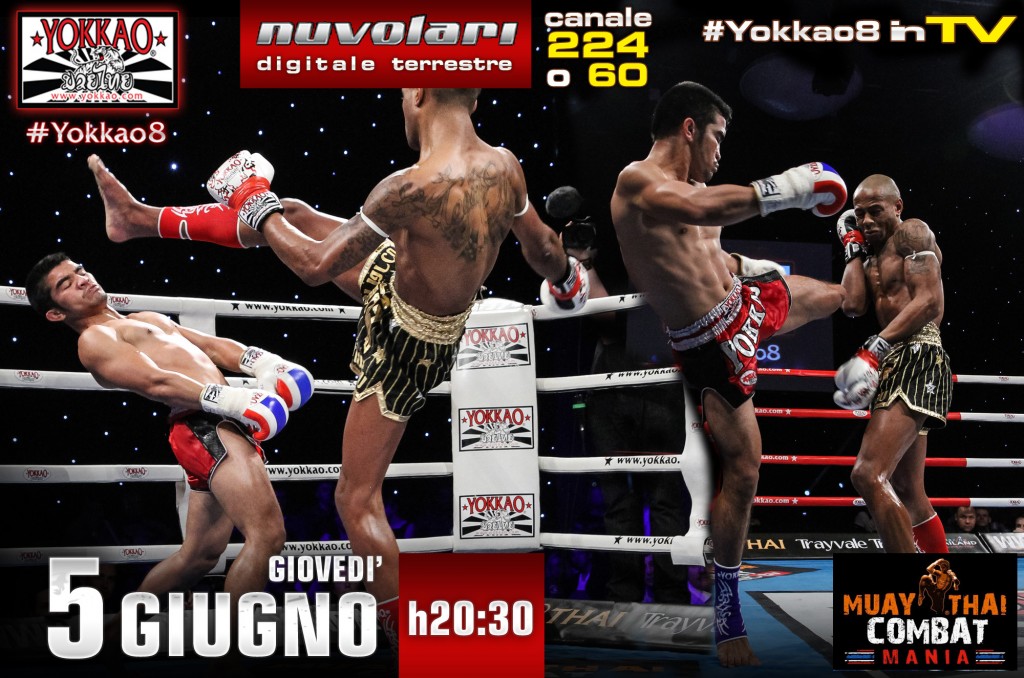 Dean “The Black Diamond” James (20-2-0) is a four-time champion in standup combat, holding rank as an ISKA Champion, two-time WMC Champion and IKF Commonwealth Champion. Fighting out of Birmingham, England, James is credited for going the distance with Rungravee Sasiprapa in their first fight (loss) and lauded for defeating the Thai legend via TKO in their second fight in March of this year. James’ powerful kicks, clinch and physical strength matches well against Sitmonchai’s speed and experience.

The legendary Malaipet “The Diamond” Sasiprapa – who fights out of Fresno, California – returns to the Lion Fight ring for a rematch with local favorite Justin Greskiewicz. “Malaipet vs. Greskiewicz 1” took place at LION FIGHT 6 in May of 2012 with “The Diamond” winning a unanimous decision. The estimable Tony Myers, Ph.D. will be watching this one from the U.K. for evidence of whether “Home Team Advantage” makes a difference in the outcome. 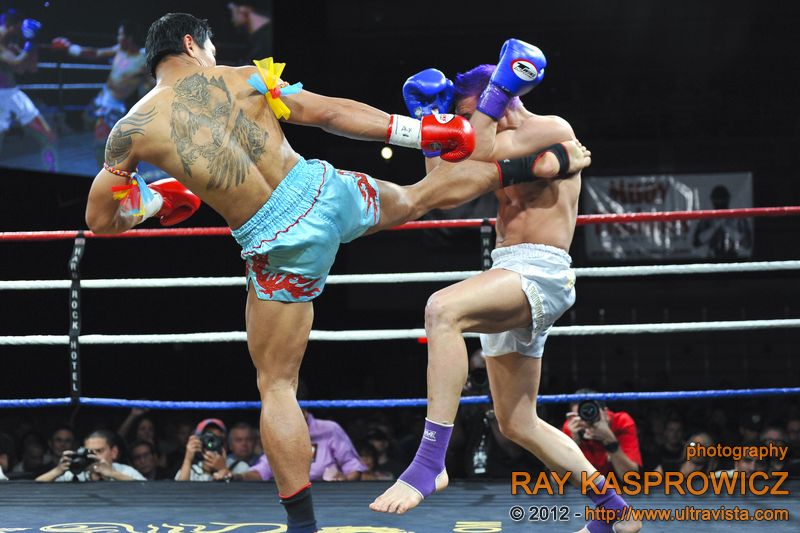 Fighting out of “The City of Brotherly Love”, Palestinian native Rami Ibrahim battles WKA world welterweight Muay Thai champion Carlos Lopez, fighting out of Sterling, Va. New Yorker Andy Singh also headlines against Victor Saravia, fighting out of Hollywood, CA. Reprising the rivalry between Beantown and The Big Apple, Ludlow, Massachussets’ Victor Monfort will Take-On New York City’s Brett Hlavacek. Pedro Gonzalez, fighting out of Gloucester, Mass. and Philadelphia’s Tim Amorim both looked impressive last time in their pro debuts, but only one will boast a winning streak on his tale of the tape.

LION FIGHT 15’s East Coast premiere on May the 23rd was a sold-out event. As a result, Lion Fight and Foxwoods Resort Casino negotiated a multi-fight deal for the remainder of 2014 and throughout 2015, enabling Lion Fight to present events every three to four weeks between west and east coast venues.

The emphasis at Foxwoods is on Resort rather than Casino. It is the kind of place a lot of you might not remember, where you went to get away from the rat race instead of fighting a losing battle for custody of your wallet. Different strokes for different folks, it’d be a waste to turn this into a day trip if you’re into fresh air and natural surroundings, especially for married with children. Why should they be the only ones who get a vacation at summer camp?