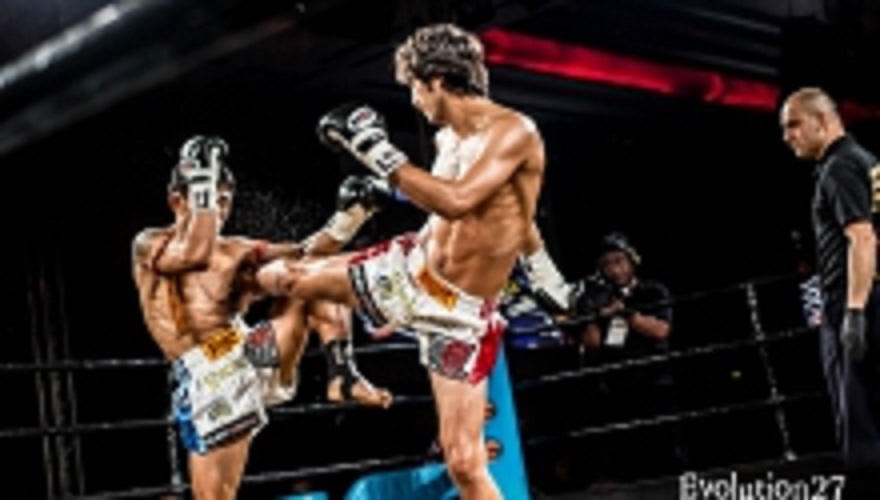 Elite Boxing came out a winner in Malaysia on May 31st, with the re-launch of Evolution at a black tie gala event at the One World Hotel just outside Kuala Lumpur. 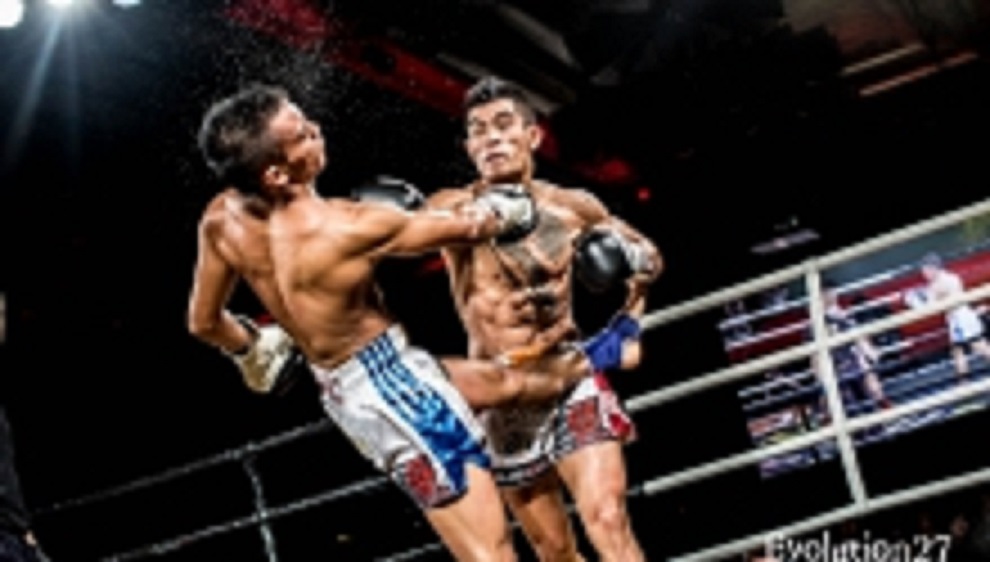 Elite Boxing aims to rebrand Evolution as a global product. Setting its sights also on what would be a new upscale market, Elite Boxing’s strategy lines up with its campaign to polish the image of Muay Thai for a wallop at the wallets of VIP patrons. 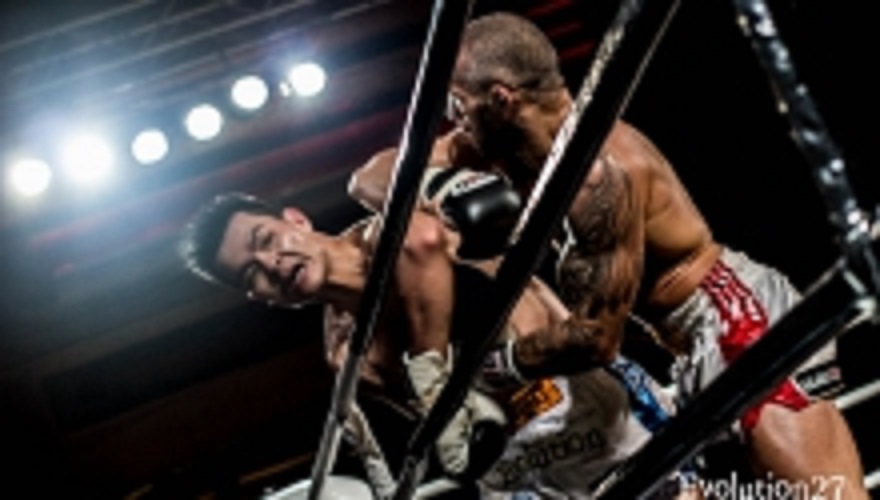 Veselin Veselinov (Bulgaria) on the right vs. Kai Chee (Malaysia)

The black tie gala event in One World Hotel’s Imperial Ballroom was a launching pad, thus, for both Evolution’s rebranding and Elite Boxing’s upscale marketing strategy. It was attended by a sell-out crowd of 1,000 VIP guests. They included international songstress Dato’ Siti Nurhaliza together with her husband, Datuk Seri Khalid; renowned Malaysian actress Carmen Soo; and the supportive actress cast of Muay Thai enthusiasts Izara Aishah with Tasha Shilaas. The Kingdom of Thailand’s ambassador to Malaysia addressed the crowd, expressing his pride that Muay Thai is appreciated by other countries along with his gratitude to the organizers for supporting Thai heritage and the national sport of Thailand.

Since Evolution’s acquisition earlier this year, Elite Boxing has assembled an organizing committee to steward the production back to what had previously made it so successful in Australia. One of Evolution’s co-founders, Nugget McNaught, handled the matchmaking with support from recently appointed Evolution co-promoter Leko Beh who also managed ticket sales at the sell-out event. 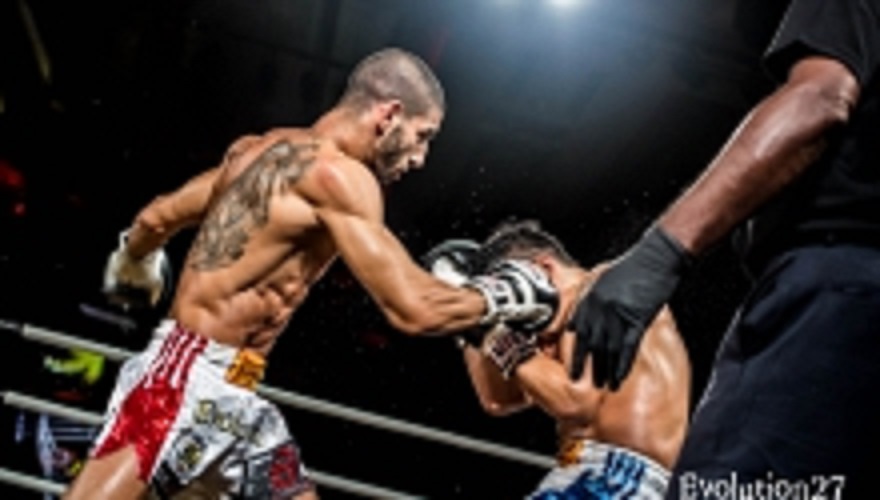 Bruce MacFie (Australia) on the left vs. Teerapong (Thailand)

Founder of Malaysia’s Dragon Muaythai Club, Leko is one of the key players on the Muay Thai scene in Malaysia. He afforded valuable insight on the local fighters to ensure that all fights were evenly matched. Nugget and Leko together presented seven closely matched international fights, including two title bouts. To see video of the fights, CLICK HERE.

After a very busy month in Malaysia – including the IFMA championship tournament in Langkawi between May 1-10 – World Muaythai Council (WMC) Vice President Stephan Fox and President of the Muaythai Association of Malaysia Dato Shah also played pivotal roles in the event’s organizing committee. Both were there to show their full support.

Even though Australian Muay Thai has been taking it on the chin these last couple of years, Elite Boxing is now putting together a committee that aims to bring Evolution’s brand back to Australia. The committee will include Mark the Hammer, who was an important part of Evolution from its beginning. Mark walked the walk to broadcast the talk on Evolution 27: The Big Comeback.

The Hammer is set to take a more important role once again, when he becomes the main contact person for promoters in Australia. So they’ll soon be able to incorporate Evolution qualifiers into their own events and make it possible for local Australian fighters to once again be part of an iconic Muay Thai brand. 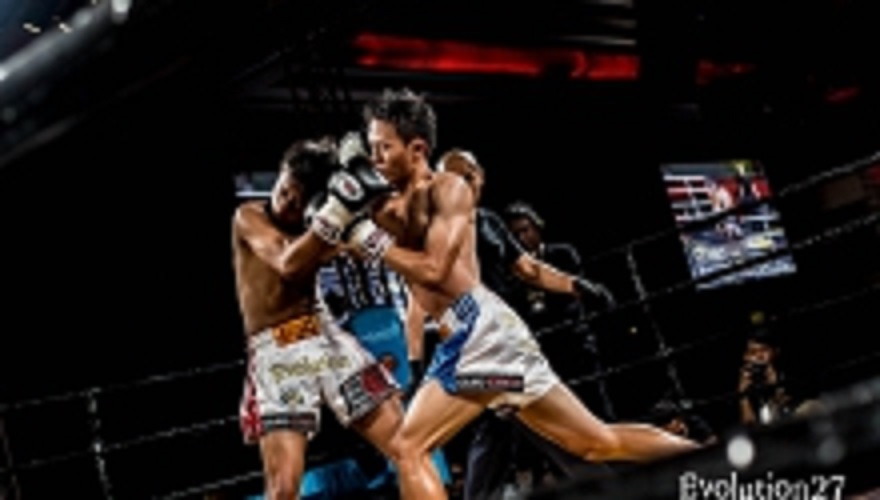