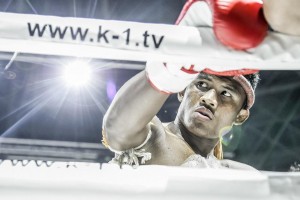 Muay Thai superstar Buakaw recently joined the growing roster of what looks to be a resurgent K-1 promotion.

We expect sooner or later time will catch up with all of us. Duke Roufus hosting Spike tv’s Glory Sports International (GSI) broadcasts is better than autographing souvenirs on the trade show circuit, but it’s also like Karl Rove endorsing Hillary Clinton in a campaign commercial. It wasn’t all that long ago we were watching Duke Roufus throw punches in K-1’s bunches. 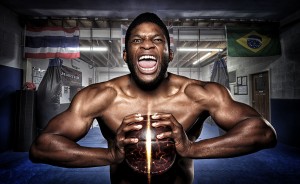 Former UFC and Strikeforce MMA contender Paul “Semtex” Daley will throw his hat in the ring as the latest fighter to join the K-1 stable.

Who’d ever have thought it’d be K-1 punching itself out? Before you cut the tape off their gloves, though, remember that there was also a time the UFC seemed to have tapped itself out. With new ownership, K-1 now looks to re-invent itself. In an exclusive interview with K-1′s new Director of Events and Fighter Acquisition Ned Kuruc, published by Full Contact Fighter on May the 6th, Rick Caudle takes aim at the question that we’re all wondering about.   Will K-1 Rule Again? 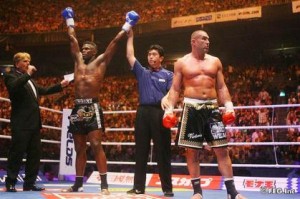 Can K-1 return to its heyday when it packed arenas all over the world?