Live from the Pearl at Palms Casino Resort

On Friday the Fourth of July 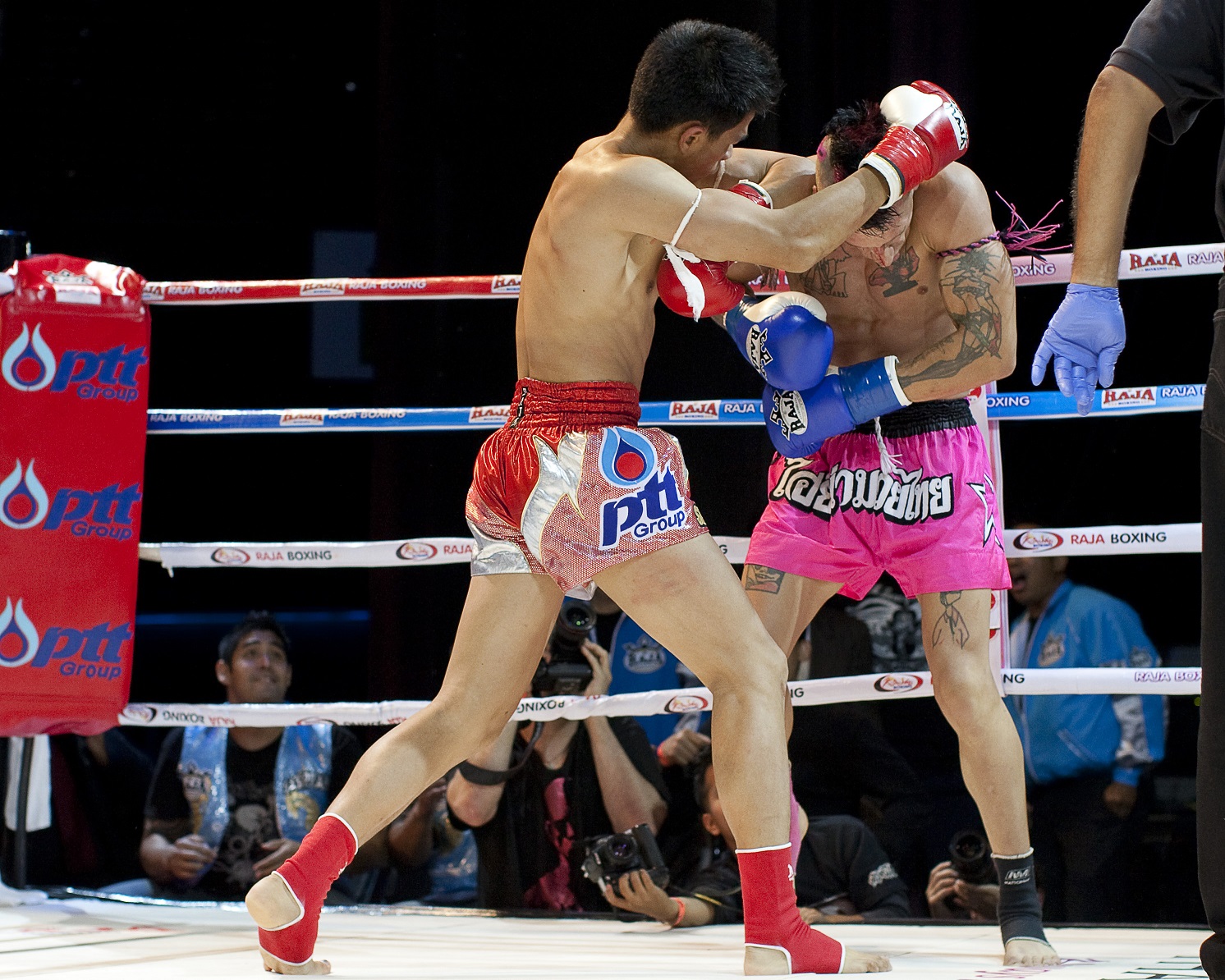 Michael “Tomahawk” Thompson, an Australian Intercontinental and World Muay Thai Champion, has racked up 34 wins and 17 knockouts at just 24 years old. He favors the aggressive Western style of Muay Thai with heavy elbows and fast punching power. Last year, he defeated Thai superstar Pornsanae Sitmonchai. It was a pivotal career win that proved his skill and established him as one of the fastest rising stars in the sport. 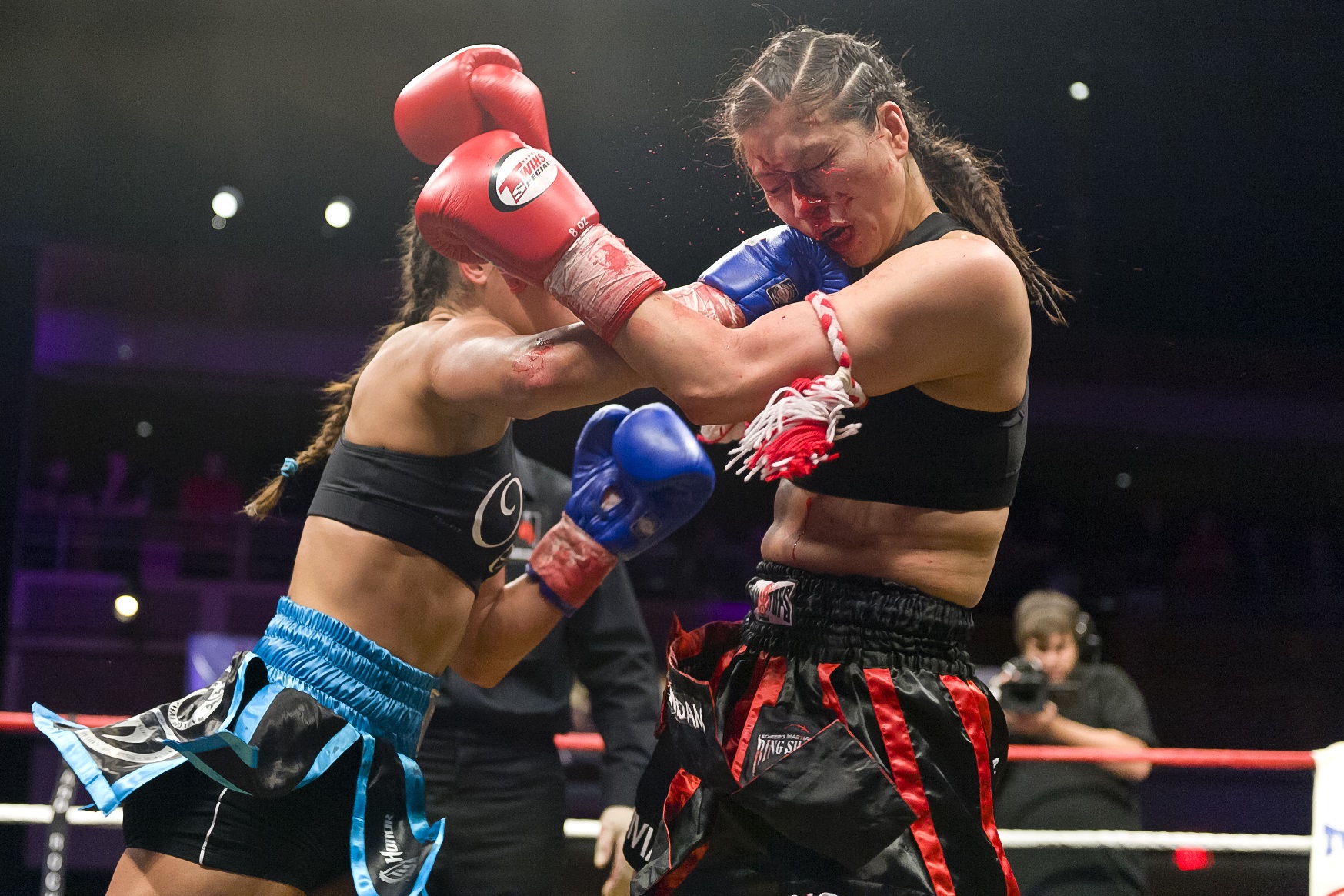 Fighting out of Blue Ocean Muay Thai in San Diego, Tiffany Van Soest is the former Lion Fight lightweight champion and holds a professional Muay Thai record of 9-1-1. She started her martial arts training when she was just eight years old with the U.S. Karate Organization in Riverside, California. She earned a second-degree black belt at age 17. After winning consecutive USKA State, National, and World karate titles, she began training in Muay Thai. “Timebomb” is coming off a win in her recent rematch with Lucy Payne at Lion Fight 15. On July 4th, she will make an immediate return to the Lion Fight ring to take on the highly ranked Italian Muay Thai Champion Sindy Huyer.

Sindy “The Thorn of the Rose” Huyer, 27 years old, is WMA Champion, WPMF Champion and WFC Italian Champion. She will make her Lion Fight debut against the promotion’s former 135-pound champion Van Soest. She has been training in Muay Thai since the age of eight and is a two-sport athlete, competing in boxing and professional Muay Thai. She is known for her devastating elbows and fierce aggression in the ring. She also makes no secret about wanting to beat Van Soest en route to removing the featherweight belt from Caley Reece, current 125-pound Lion Fight champion and the first woman ever to beat Van Soest in Muay Thai. Also on tap for Lion Fight 16 is a superfight between Thailand’s Rungravee Banchaemek Sasiprapa and San Diego’s Adrian Morilla. Rungravee is the Channel 7 Stadium Muay Thai Champion and MTAA World Muay Thai Champion known for his aggressive style and devastating leg kicks. “The Killa from Manilla” Morilla has been training in Muay Thai since he was a child in his native Manilla, and now serves as the head Muay Thai instructor at City of Champions in San Diego.

In the second televised fight, Vitelmo “Katel” Kubis, a rising Muay Thai fighter and American Top Team prospect – who also trains with former UFC middleweight champion Anderson “The Spider” Silva – will take on Michael Chase Corley. Kubis is ATT’s head Muay Thai trainer and has fought Muay Thai greats Tony De Souza and Cosmo Alexandre. Corley is a two-sport fighter. He has competed in boxing and over 25 professional Muay Thai fights across seven countries, including the mecca of the sport – Lumpinee Stadium in Bangkok.

Kicking off the first fight of the night will be former UFC featherweight Tyler Toner taking on Gaston Bolanos who is coming off a TKO victory over Brian Del Rosario at LION FIGHT 14.

“Presenting Lion Fight 16 as part of UFC’s International Fight Week, the biggest fan event in the world of combat sports, is a privilege and an honor and further proves that Lion Fight is the premier promotion in standup fighting” said Kent. “I sincerely thank UFC owners Dana White and Frank and Lorenzo Fertitta for giving Lion Fight this opportunity. I promise you and the fans that our Fourth of July full Muay Thai rules event will be the ultimate action-packed prelude to your UFC 175 mixed martial arts mega-fight on July 5th.”