Waiting for the lion to lay down with the lamb, flocks of sheep passively submit to getting fleeced. Untamed though endangered, prowls the lion in winter.

A lion’s pride once made its den in Odessa. There was Vlad Borodin (USSR & 5x Soviet Army Champion), Gene Fabrikant (Ukrainian National Freestyle Wrestling Champion) and Boris Talis (2x World Combat Sambo Champion). Each took liberty in his stride, when discretion made it the better part of valor. With nothing new under a justice-neutral sun, world heavyweight boxing champ Vitali Klitchko takes the measure of today’s challenge not just of but possibly for his life. 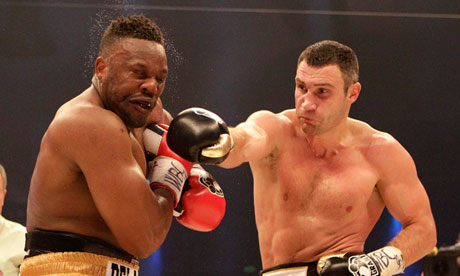 Blood now spills in the streets of Kiev, also in Bangkok. What’s kindred about all these spirits, justice is defined neither by force of arms nor purchase nor even “the will of the people”. If the measure of justice is authentic, then it’s universal. Judge for yourself: CLICK HERE.

Muay Thaimes®. The Soul in the Savagery.