This story took a detour last year between the Devil and the Deep Blue Sea. Better late than never. 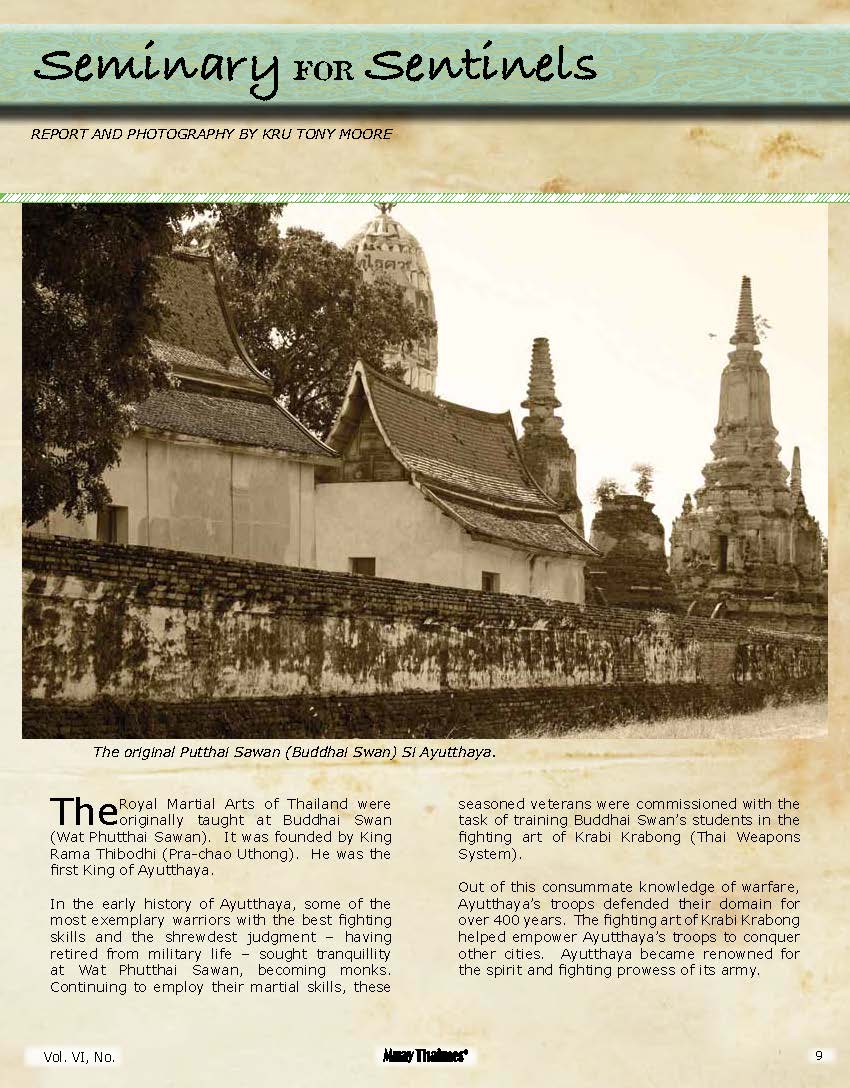 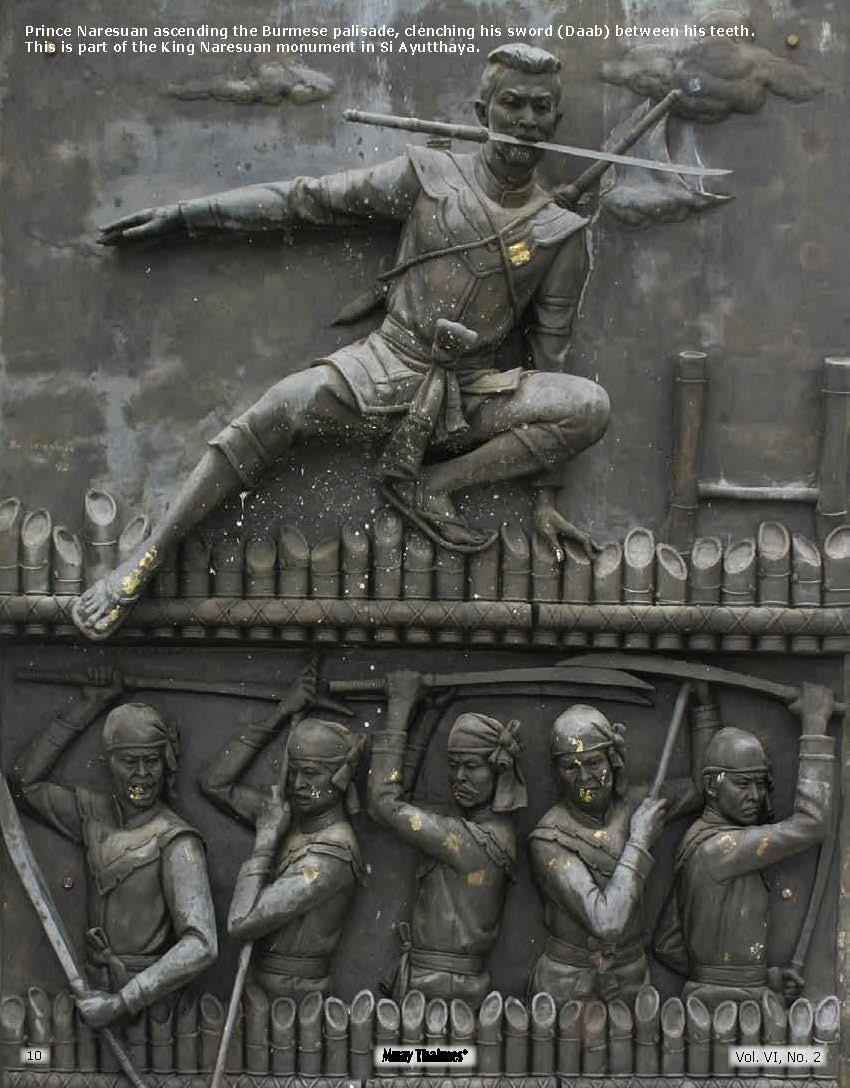 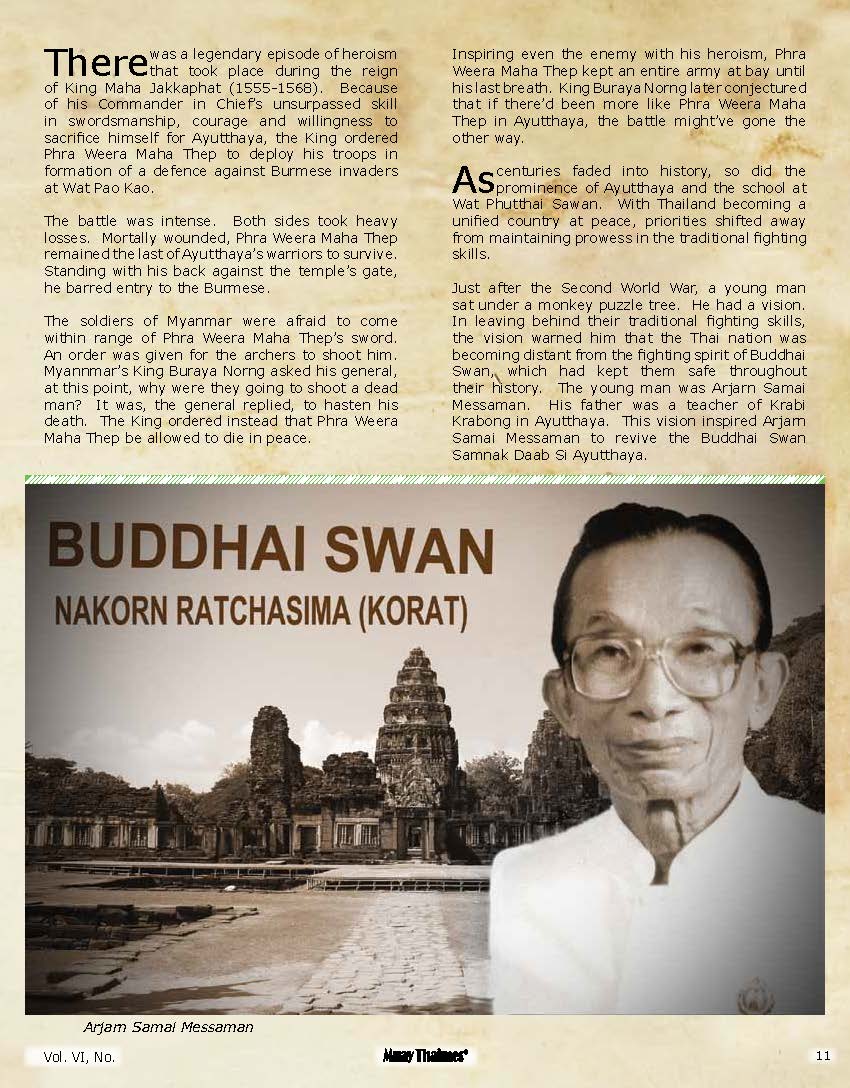 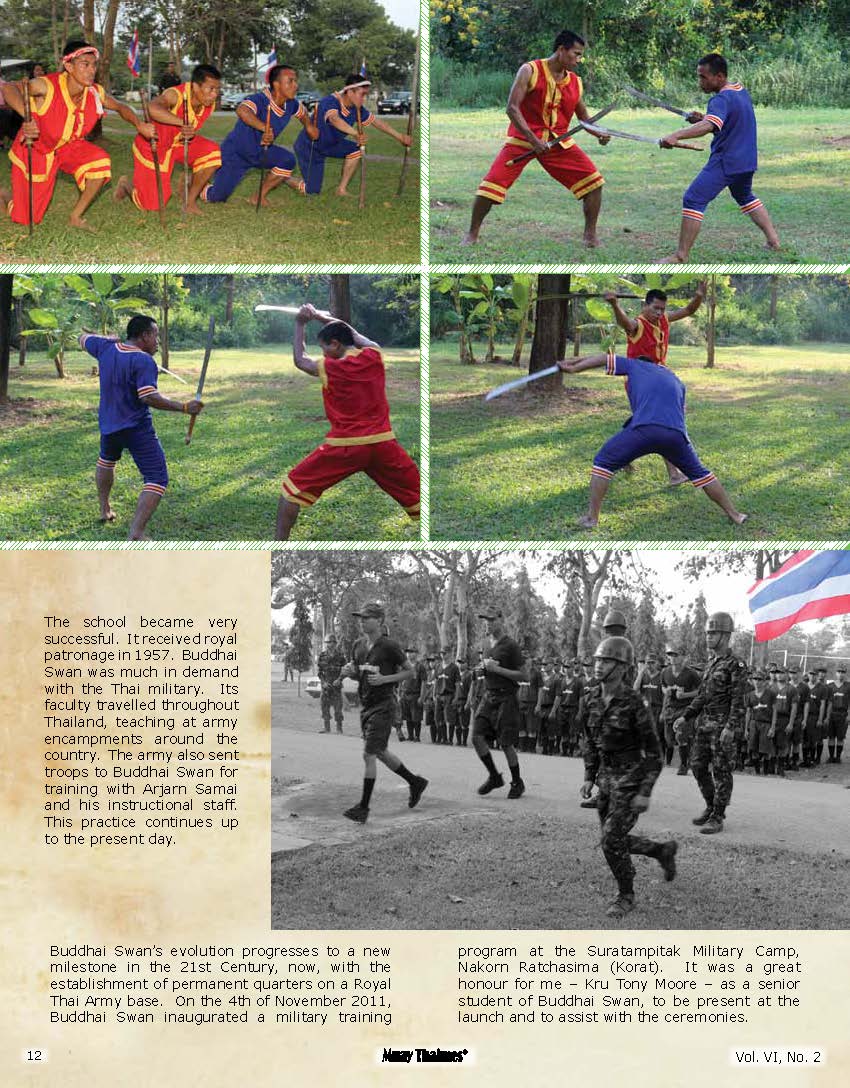 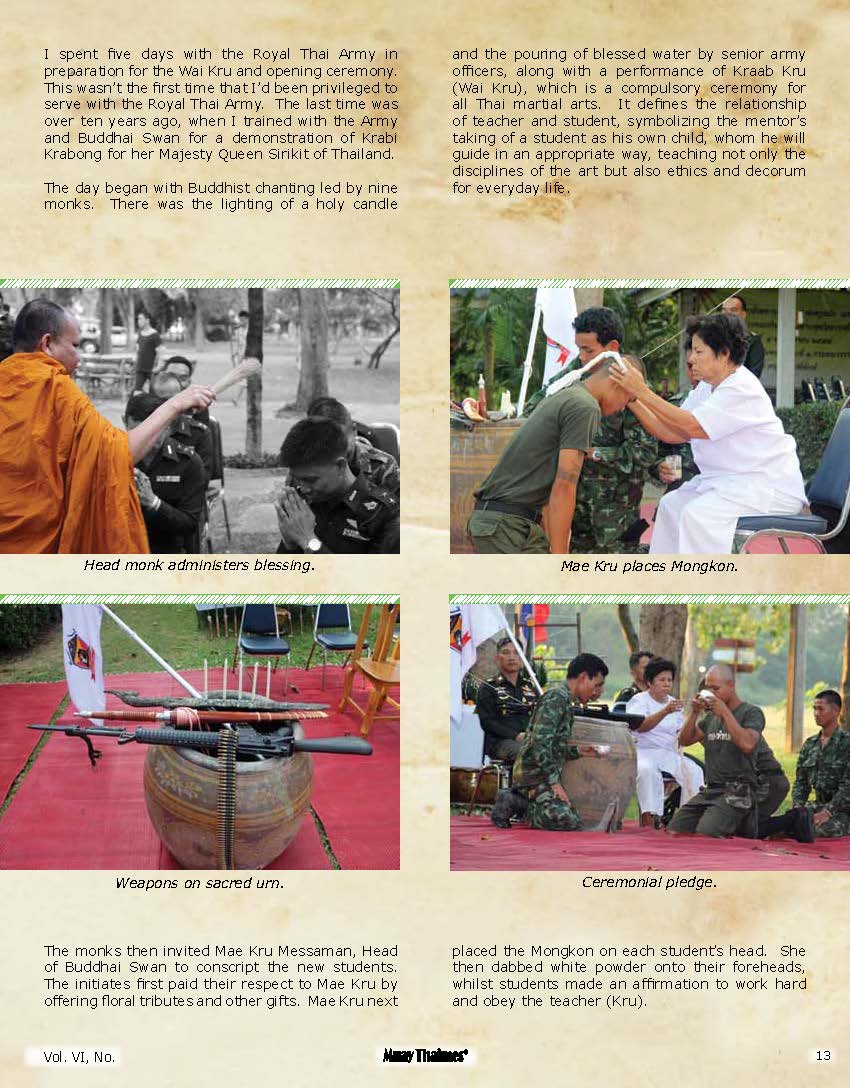 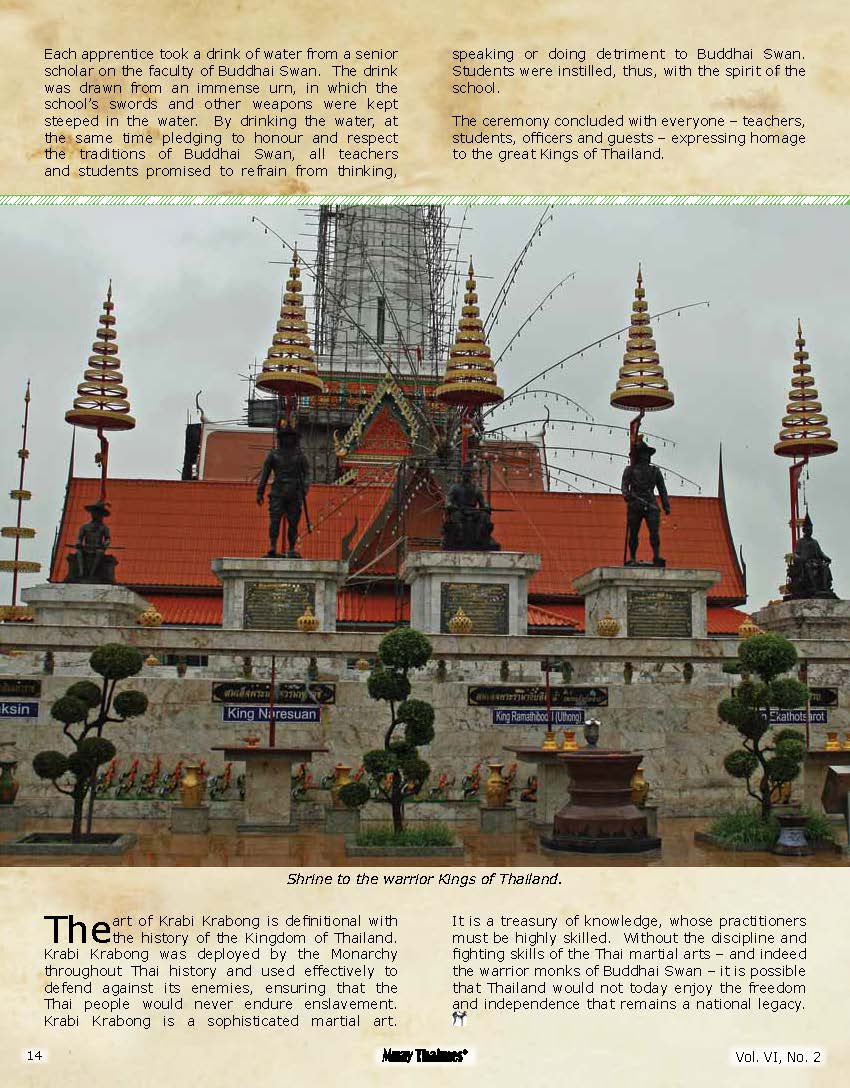 The Early days: Arjarn Yodthong’s real name was Erawan Sriwaralak and was born 1937 in the province of Banpong. As a boy Arjarn Yodthong loved all forms of combat be it human or animal he would study the systems of fighting and would travel to many of the local Muay Thai camps to study their styles of Muay Thai. Arjarn Yodthong began his formal training in Muay Thai when he was 14 years old under the name Erawan Detprasit Banpra. His first fight was very shortly after his 15th birthday. (Note: At that time people were not permitted to compete under the age of 15 years). Arjarn Yodthong opened his first camp in 1960 in Rayong province, before building the now world-famous Sityodthong Camp in Chonburi province near Pattaya City.

Sityodthong is probably the most famous Muay Thai Camp in Thailand, if not the World and can boast having produced no less than 22 Lumpini Stadium champions and still counting, making the camp the most successful Muay Thai camp in Thailand’s history.

Many years ago I, like many other “Nak Muay” (Thai Boxers) after me, made my first pilgrimage to Arjarn Yodthong Sennanan’s Muay Thai camp – the renowned Sityodthong. A rite of passage for all foreign Thai Boxers, symbolising their coming of age in the Muay Thai world. At the time of my first visit, the camp was the only one in Thailand that foreigners had ever heard about. Sityodthong – “The Camp where Champions are Made”. Champions such as the legendary Samart Payakaroon, his brother Kongtorranee Payakaroon and many others plus foreign boxer including Rob Kaman the legendary Dutch Kick/Thai boxer.

Every year since 1985 I have made the trip to Sityodthong and have been rewarded with fresh knowledge each time – All the latest trends and innovative techniques happening at the stadiums in Thailand. I have made new friends and renewed old friendships amongst the trainers and fighters there and of course reaffirmed my bond with my Teacher, Arjarn Yodthong.

Besides being a place of training, Sityodthong Camp is home to many boxers. Arjarn Yodthong would supply accommodation, food and look after all the boxers’ needs. To the children of Sityodthong, the camp was their second home and Arjarn Yodthong their Por Kru – Father Teacher. The children would train before school and after school had finished they would cycle back to the camp on the bicycles provided by Arjarn Yodthong, to train for their second time in the day. Arjarn Yodthong believed that Muay Thai could not be studied and practised on a part time basis, but was a full-time occupation therefore students were encouraged to devote their life to the art of Muay Thai.

The passing of Arjarn Yodthong brought grief to all the people that knew him, to all his extended Sityodthong family, for the Muay Thai community has lost one of the greatest teachers of Muay Thai. In the words of a grieving Samart Payakaroon at Arjarn Yodthong’s funeral
“It is like losing my father, Arjarn Yodthong had supported me since I was young and I owe all my success in life to him”.