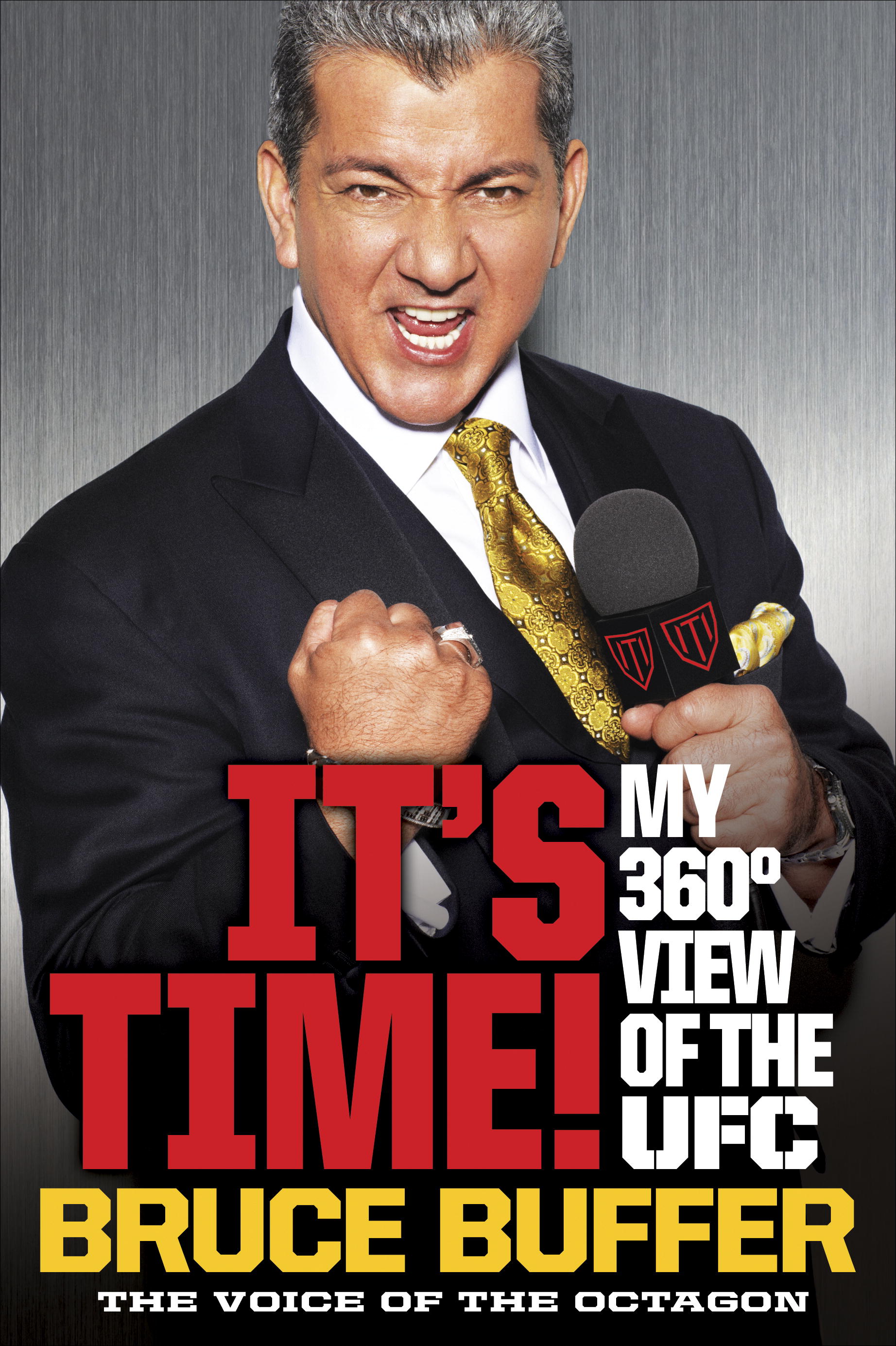 BRUCE Buffer–THE official “Voice of the Octagon” FOR OVER 16 YEARS–takes readers on a behind-the-scenes,
DEEPLY PERSONAL LOOK AT the world of THE UFC WHILE SHARING THE DETAILS OF his extraordinary LIFE STORY AND RISE TO FAME
IT’S TIME!
My 360° View of the UFC

By BRUCE BUFFER
The Voice of the Octagon

If you’ve ever tuned into an Ultimate Fighting Championship event on TV, then you know Bruce Buffer. The official “Voice of the Octagon” for the UFC since 1997, Buffer has been an integral part of the world of Mixed Martial Arts as it has grown from a grassroots phenomenon to mainstream, billion dollar industry and media powerhouse. He’s seen every big personality rise to fame, and he’s had Octagon-side seating for every fight— even some of those that have taken place out of the cage.

Now with IT’S TIME!: My 360° View of the UFC (Crown Archetype; May 14, 2013), Buffer delivers a view of the UFC as no book has before. He shows us the UFC as only he can, telling never-before-told stories about its most famous figures—Randy Couture, Tito Ortiz, Chuck Liddell, B.J. Penn, and Jon ‘Bones’ Jones, among others—revealing details behind its most controversial fights, and giving readers a glimpse at UFC’s rise as the fastest growing sport in history. Along the way, Buffer shares his own remarkable life story as well as anecdotes and insights even the biggest Buffer fans may not know including:

· How Bruce’s larger than life father—a former Marine drill sergeant—instilled in him the passion that he credits for driving his successful career (he also taught Bruce how to play poker and blackjack at age eight and field-strip a Luger while blindfolded by age 10).
· What it’s like to party—and brawls that took place when you least expect it outside the Octagon, including details of Bruce’s friendly elevator scuffle with Frank “Twinkle Toes” Trigg and the beach fight he’s never discussed plus incidents involving Chuck Liddell, Tito Ortiz, Tank Abbott and BJ Penn and others.
· How Bruce discovered late in life that he had a celebrity brother he never knew existed.
· How Bruce turned Michael Buffer’s catchphrase into a $400 million retail sales empire.
· What happened at Bruce’s first-ever meeting with UFC President Dana White.
· The time Bruce spotted a UFO—and lived to tell about it.

Buffer even shares his life-tested tips for surviving a street brawl, mastering poker, starting your own business, being a good wingman, and more! IT’S TIME offers Octagon-side insights into one of the fastest growing sports in America, as only Buffer can provide and will be a must have for the millions of UFC and fight fans across the country.

This entry was posted in News & Results and tagged bruce buffer, featured, its time, UFC. Bookmark the permalink.