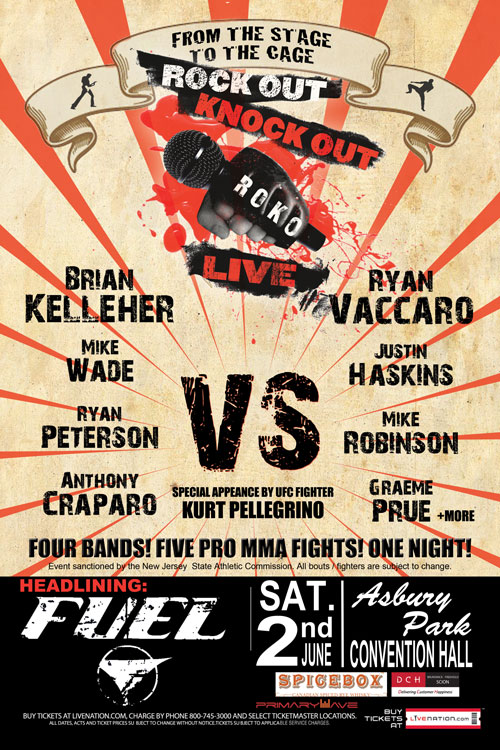 Four Bands! Five Professional MMA Fights! One Night! That sums up what you can expect at the inaugural “Rock Out Knock Out” event taking place June 2nd, 2012 at the historic Asbury Park Convention Hall in New Jersey. Produced by Primary Wave Music and Live Nation, “Rock Out Knock Out” combines live music and MMA on one ticket featuring four bands and five professional MMA fights all in one night. Putting the “Rock” in “Rock Out” is the multi-platinum band Fuel, performing their hits “Shimmer” and “Hemorrhage (In My Hands) while the “Knock Out” side will feature Ryan Vaccaro, Justin Haskins and Anthony Craparo, three fighters from New Jersey coached by retired UFC fighter and New Jersey MMA legend Kurt Pellegrino. An exciting fifth bout will be announced shortly.

This entry was posted in Events and tagged featured, Rock out Knock out. Bookmark the permalink.