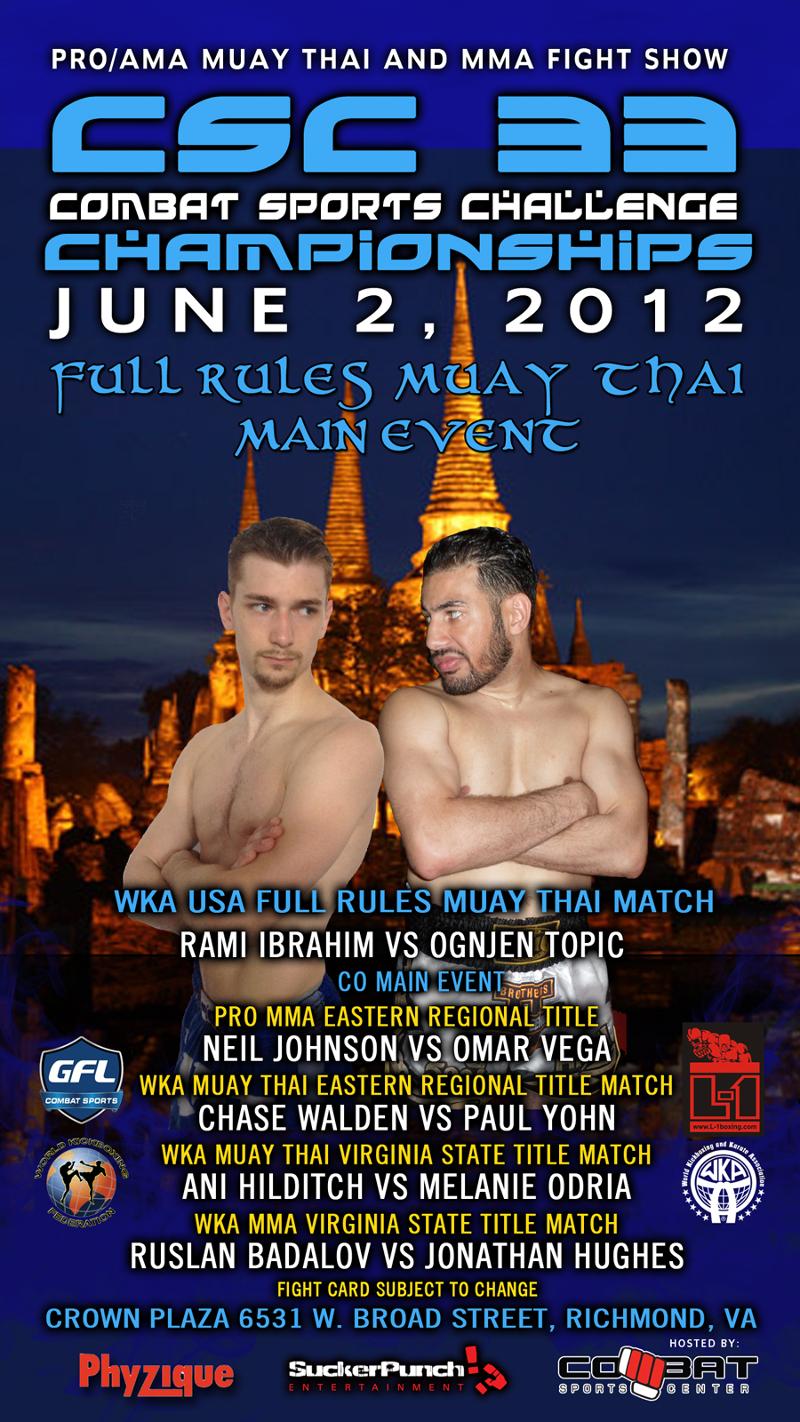 CHECK OUT THE LATEST NEWS

East Coast (USA) Muay Thai standouts Rami Ibrahim and Ognjen Topic will clash on June 2nd, 2012 at the CSC 33 event in Richmond, Virginia for the WKA USA’s first ever Full Thai Rules Pro Title. Ibrahim and Topic are two of the East Coast’s top nakmuays and this is definitely a bout many fight fans will be looking forward to. It will definitely be interesting to see how Topic pinpoint accurate and traditional Muay Thai style will match up with Ibrahim’s relentless pressure and boxing prowess.
As you may recall Topic was MTiL’s 2011 breakthrough fighter of the year and in 2012 Topic has looked to continue his rise through the Muay Thai ranks, most recently defeating Josh Sampo at Friday Night Fights in NYC. Ibrahim on the other hand has yet to see any Muay Thai action in 2012; His last bout being a decision loss to Coke Chunawat in what was a hard fought 5 round battle at Battle in the Desert 4 back in November 2011.

As for the rest of the CSC 33 card, it has yet to be announced but we are sure that as usual for CSC, it will feature top amateur and pro talent in both Muay Thai and MMA.
(Original article can be found at Muay Thai is Life website)