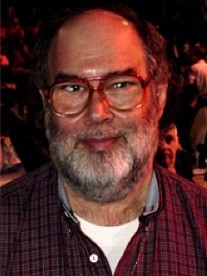 On this edition of No Holds Barred, host Eddie Goldman speaks with Dr.
Margaret Goodman, the president and board chairman of VADA, the
Voluntary Anti-Doping Association (http://vada-testing.org).

The issue of doping, as it has been so often, was at the forefront of
the mixed martial arts news this past week, with the Nevada State
Athletic Commission hearing on Tuesday, April 24, involving UFC
fighter Alistair Overeem. An unannounced doping test last month found
Overeem with a highly elevated testosterone to epitestosterone ratio
(T/E ratio), and this hearing addressed that. Overeem was applying for
a license to fight in May, but while the commission denied his
application for a license because of this test, it only stopped him
from applying again for nine months, as opposed to the usual 12 months
in such situations. In addition, the commission did not require any
doping tests of Overeem during this nine month period, with members
even effusively praising him at the end of the hearing.

We spoke with Dr. Margaret Goodman Thursday afternoon by phone about
what many considered to be a farce and fiasco of a hearing. We
discussed what the Nevada commission should have done in this case,
the lack of uniformity in drug testing, why such elevated testosterone
levels are so dangerous to the health of the athletes, what the fans
can do to demand that the fighters are properly tested, how VADA is
working with fighters, and much more.