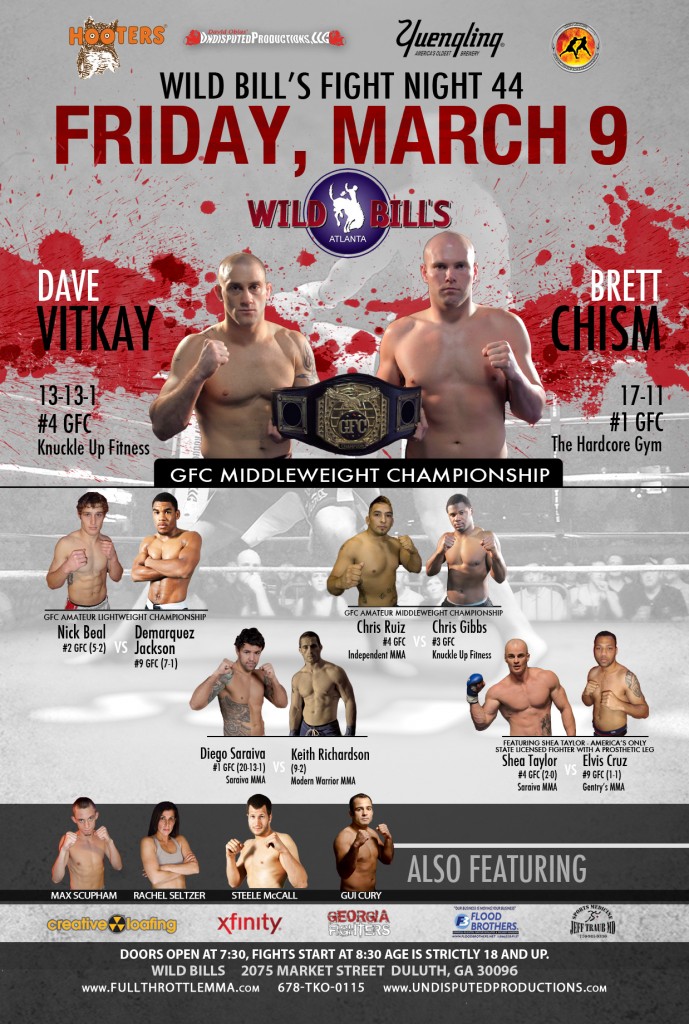 Two-and-a-half years ago Brett Chism and Dave Vitkay fought at Wild Bill’s Fight Night at a time when both fighters were working their way up the ranks of Georgia’s elite fighters. Chism won the fight knocking Vitkay out at the 3:18 mark in round 1.

Since that day, Sept 12, 2009, to be exact, both fighters have become two of the state’s most experienced fighters and both are now ranked in the top four in Georgia as Chism is #1 and Vitkay is #4.