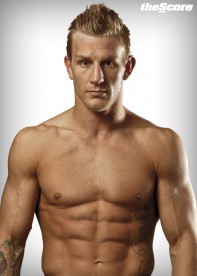 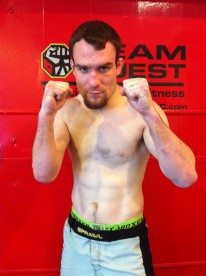 TORONTO, January 18th, 2012 – Score Media Inc. (TSX: SCR) today announces that The Score Fighting Series (SFS) will be returning to Hamilton, Ontario, Canada for another night of incredible MMA action on Friday, March 16th at the Hamilton Place Theatre. A marquee match-up between John Alessio (33-14) and “Diamond” Ryan Healy (19-9-1) has been confirmed for the card.

Score Fighting Series veterans Rich Clementi, Josh Hill, Alex Ricci, Shane Campbell and Lyndon Whitlock are all slated to be in action. Opponents for all of them are awaiting approval by the Ontario Athletic Commission and will be announced shortly.

Alessio is a Vancouver native and trains out of Xtreme Couture in Las Vegas. Nicknamed “The Natural”, he has competed in the WEC, UFC and PRIDE with 10 of his 33 career victories coming by KO and 15 via submission. He recently dropped to the lightweight division where he scored a win over Luiz Firmino in November.

Healy is a WEC veteran and a member of Team Quest where he trains with MMA legend Matt Lindland and UFC star Chael Sonnen. Like his twin brother and fellow scrapper Pat, Healy has a dominant ground game but prefers to use utilize his wrestling to keep the fight standing.

The match-up was originally supposed to take place in December but was postponed when Healy suffered an injury during training. Alessio has been vocal in praising his opponent and looks forward to fighting again in Canada. “Ryan is a tough guy with good boxing skills and he’s well conditioned with no quit,” says Alessio. “This is a great fight for me to showcase all my skills, I feel like I’m better everywhere and I’m coming to finish!”

Tickets, priced from $30, go on sale on Tuesday, January 24th at the Copps Coliseum box office and online at www.ticketmaster.ca.